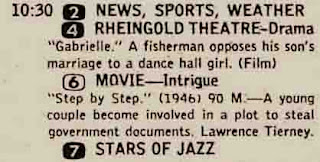 The TV Guide edition covering October 29, 1956 listed the Stars of Jazz in its regular time slot, 10:30 PM Monday night following the Lawrence Welk Show, but the listing did not present any details concerning the guest jazz artists appearing on this 19th edition of the program.  Art Blakey and His Jazz Messengers would appear on the Stars of Jazz twice when the group was on the west coast. Their next appearance would be on the July 29, 1957 program with Johnny Griffin replacing Jackie McLean in the line up. 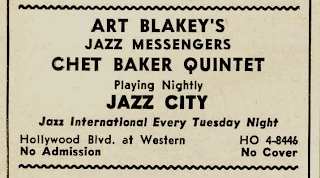 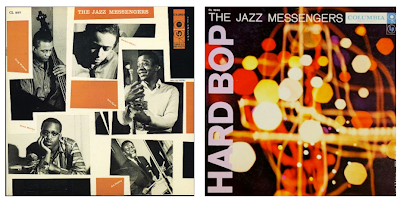 The Jazz Messengers had recently signed with Columbia Records and had one LP in release, THE JAZZ MESSENGERS (Columbia CL897).  Following their appearance on Stars of Jazz they would record their second LP for Columbia, HARD BOP (Columbia CL1040) with the same personnel that appeared on the show: Bill Hardman, trumpet; Jackie McLean, alto sax; Sam Dockery, piano; Spanky De Brest, bass; Art Blakey, drums. 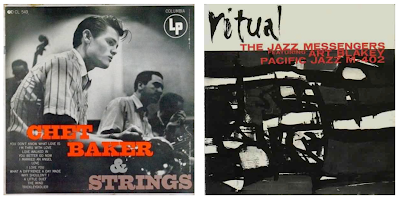 Shorty after that they would record an album at Columbia that appeared on the Pacific Jazz label, RITUAL (Pacific Jazz PJM-402).  Columbia Records had approached Dick Bock at Pacific Jazz with a request to record an album with Chet Baker.  Bock agreed with the provision that it be recorded in Hollywood under his supervision and Columbia likewise took care of the details regarding the Art Blakey Jazz Messengers album.  The resulting albums, CHET BAKER & STRINGS on Columbia and RITUAL on Pacific Jazz sold well for both companies.

The guest vocalist on the October 29, 1956 show was Kitty White. Kitty White recorded an album for Dick Bock’s Pacific Jazz label with backing by Corky Hale on harp. The LP was released on the subsidiary label, Pacifica, as a 10” LP.  It sold well and when Pacific Jazz adopted the 12” LP format the album was reissued with additional tracks and the backing of Bud Shank on flute.  Her first album for the EmArcy label, KITTY WHITE - A NEW VOICE IN JAZZ (MG36020), was in stores when Kitty appeared on Stars of Jazz and it was  promoted by Bobby Troup on camera. 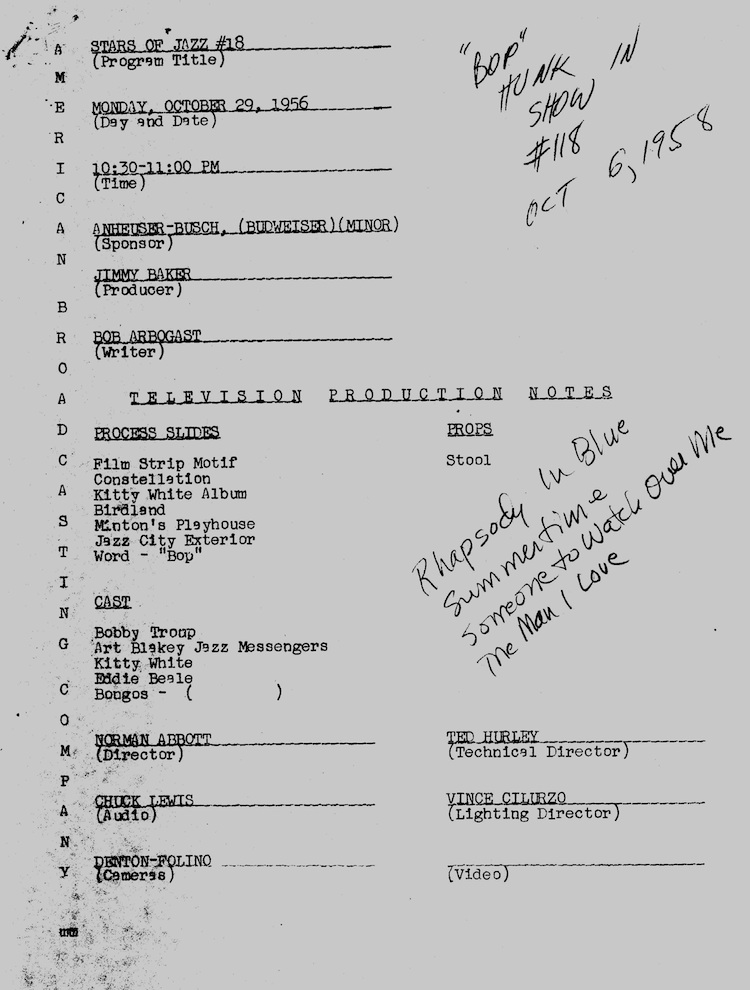 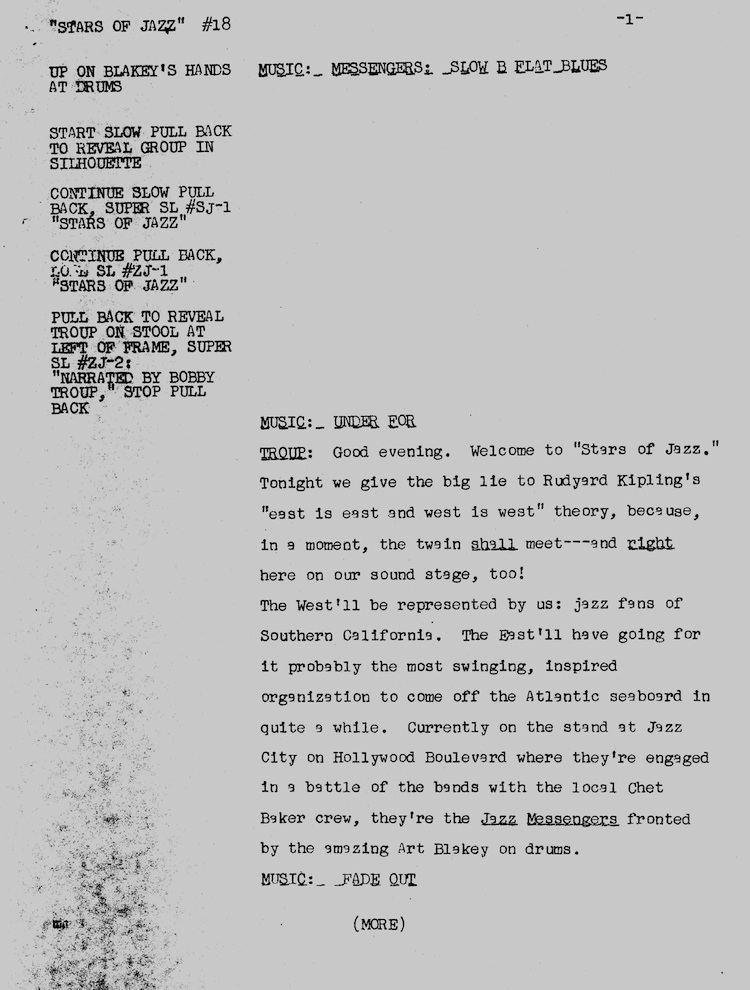 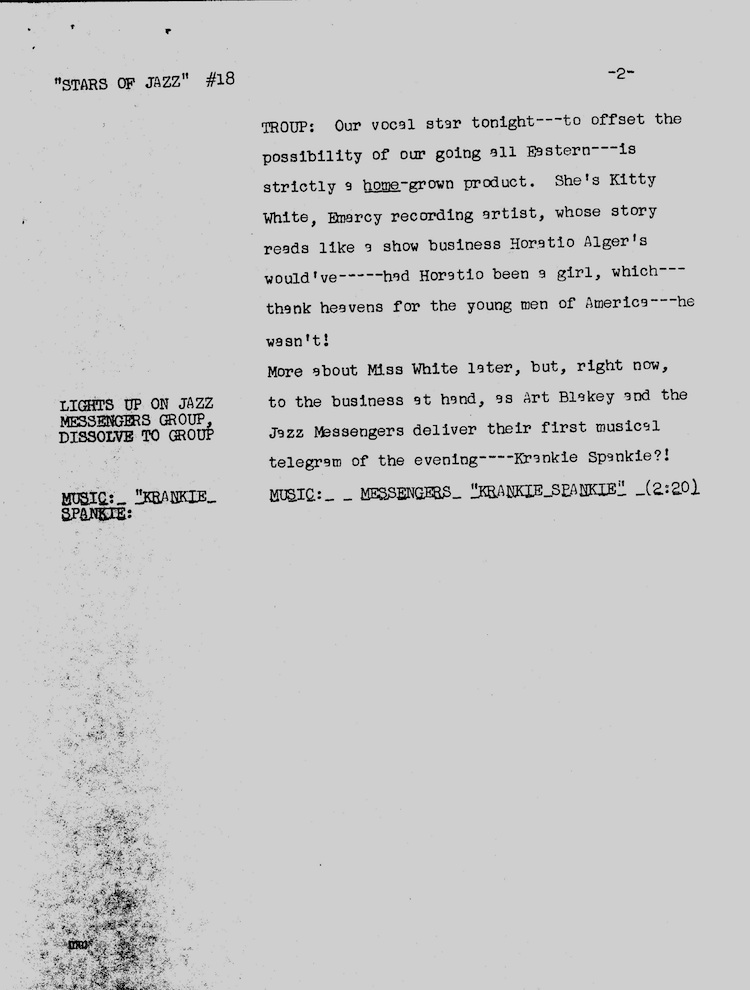 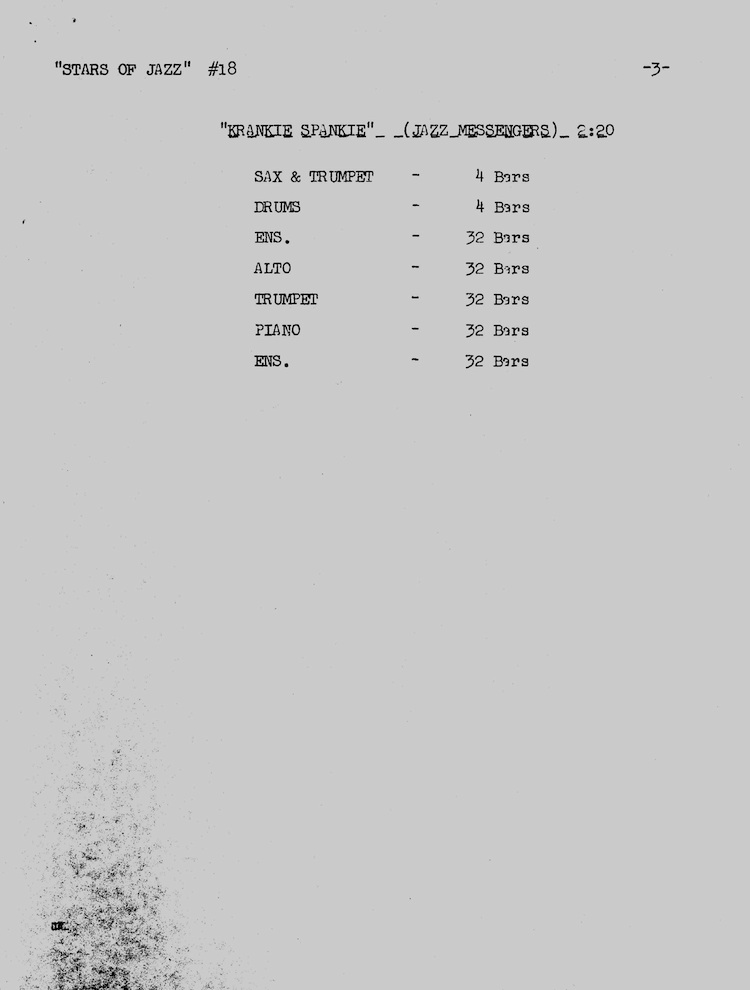 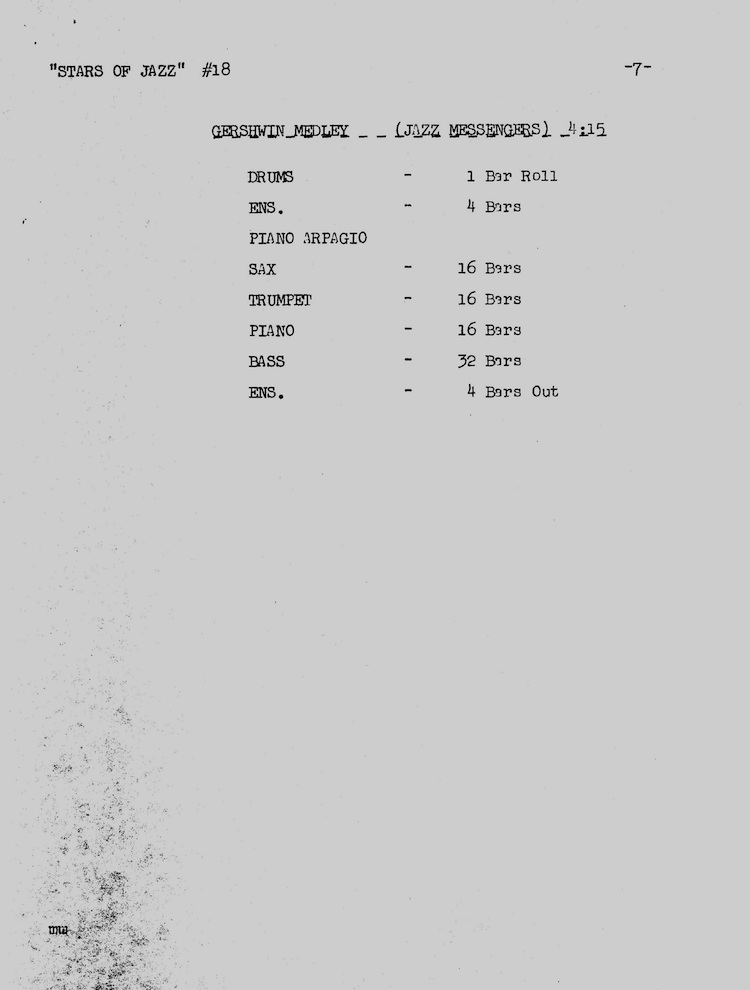 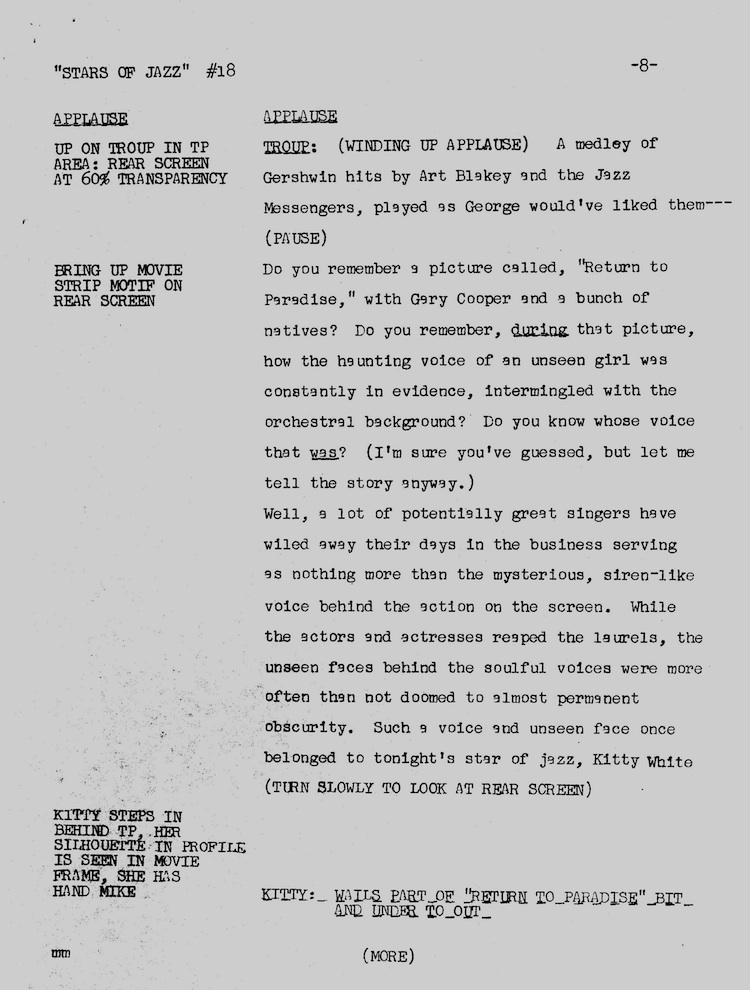 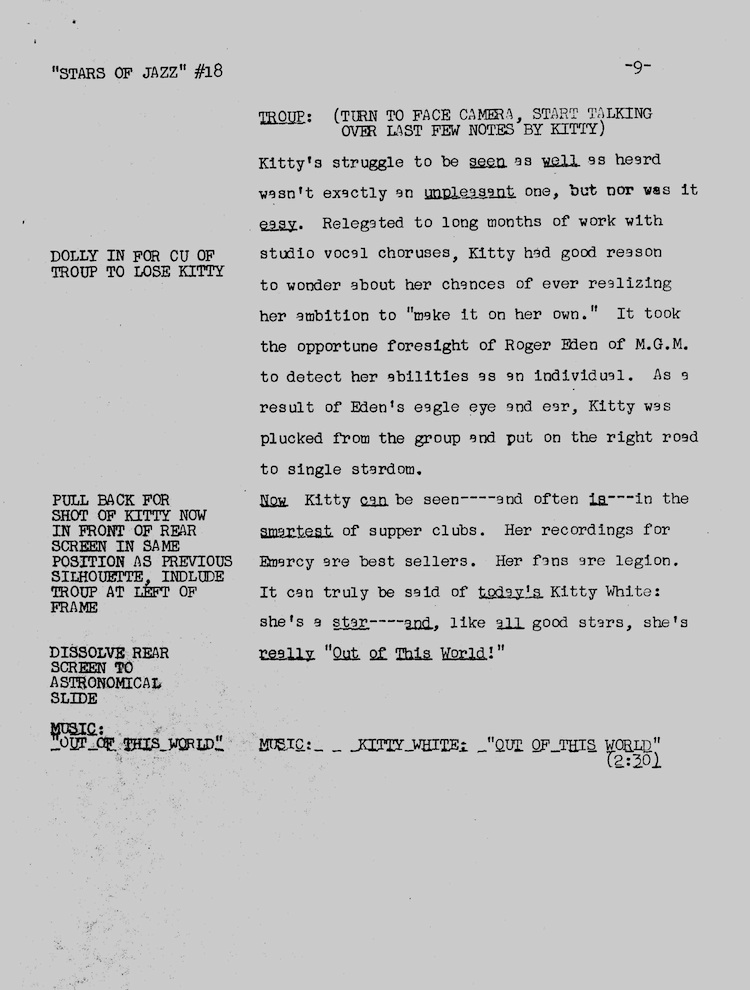 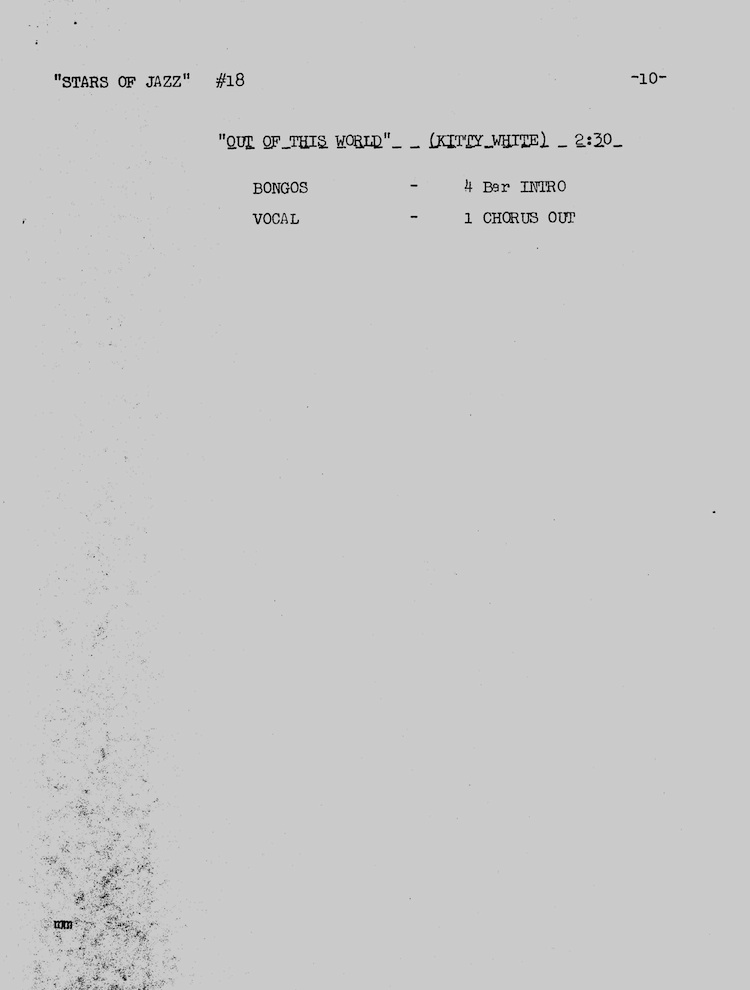 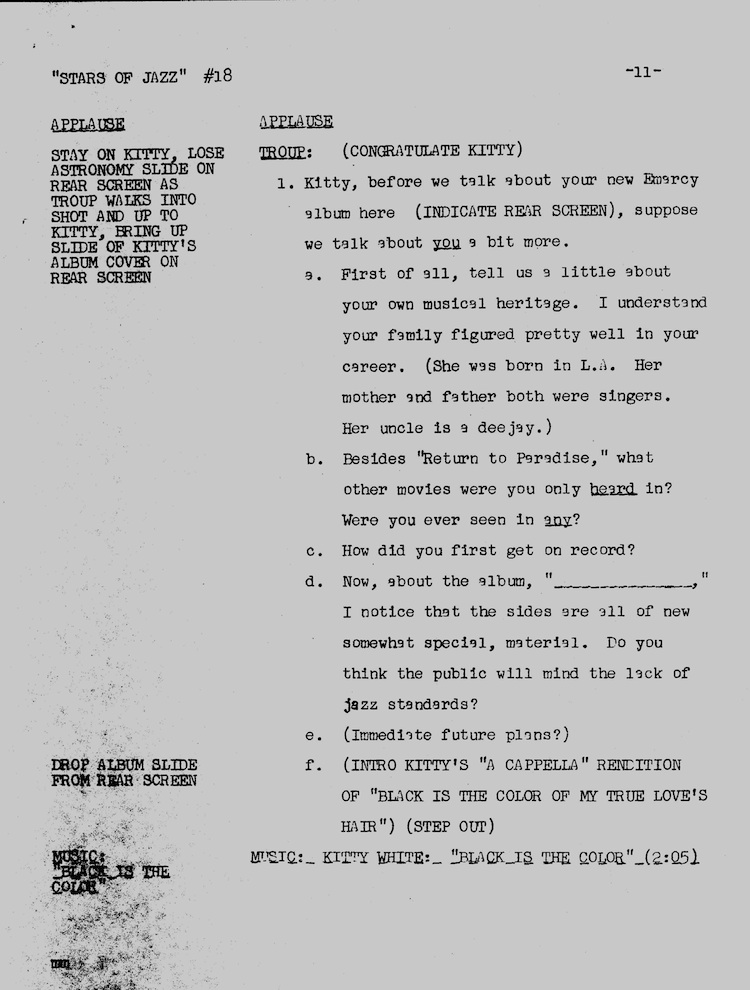 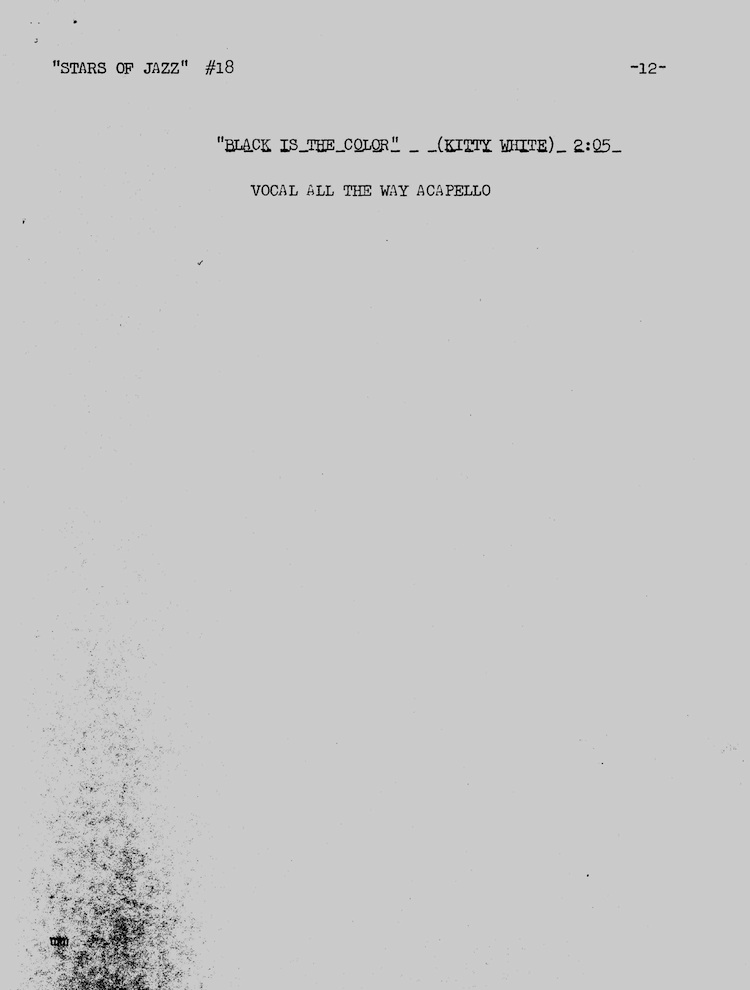 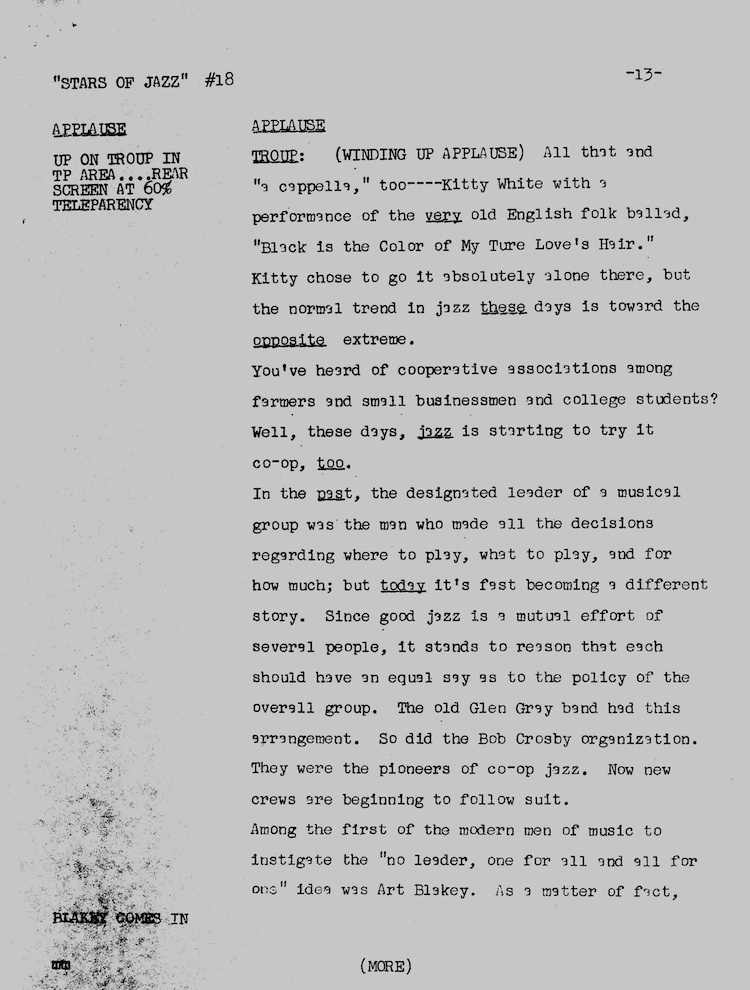 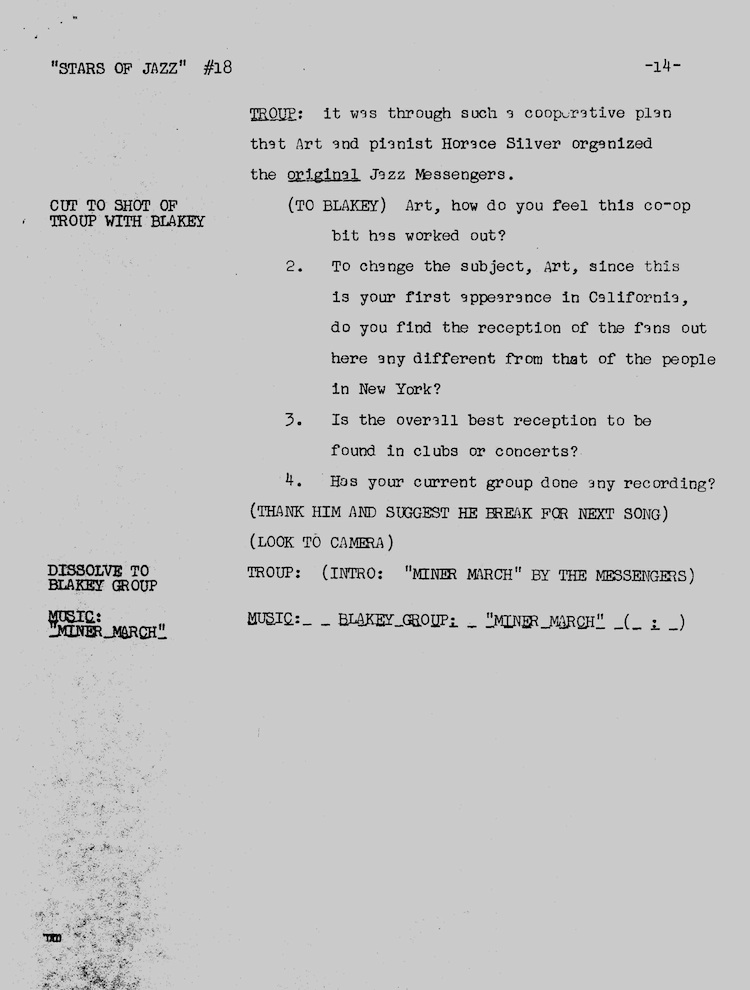 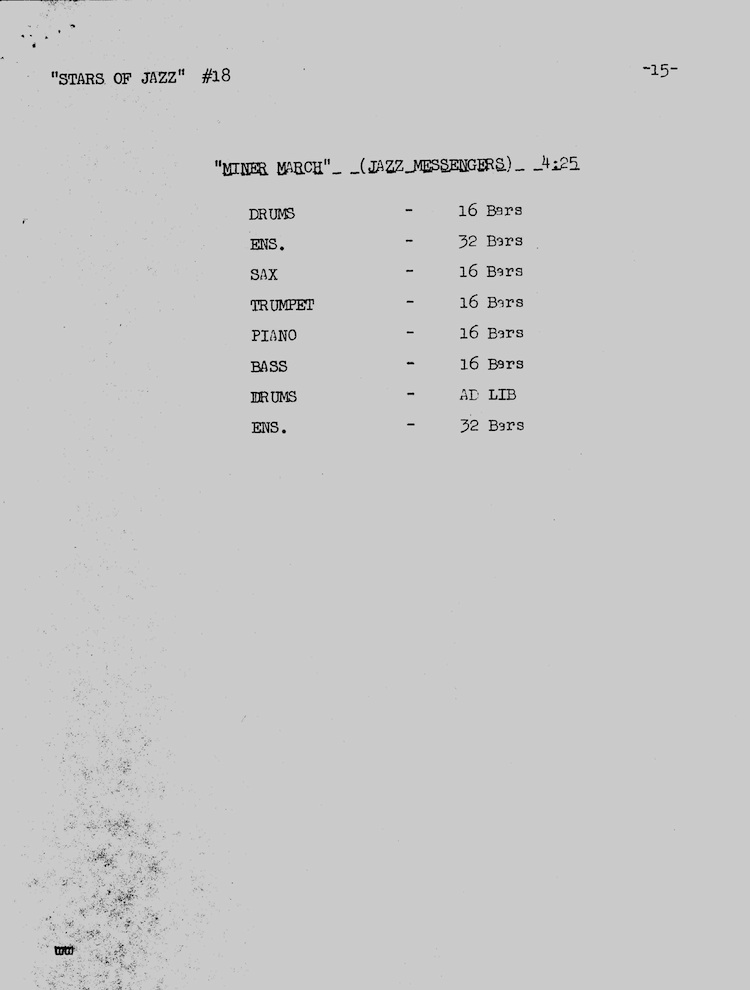 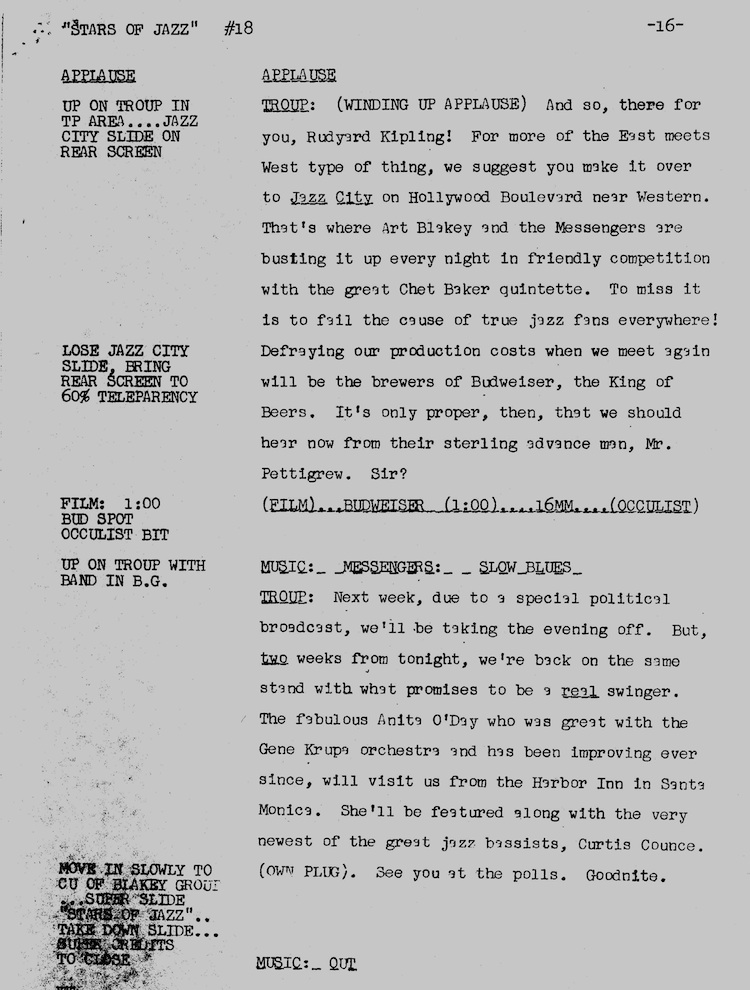