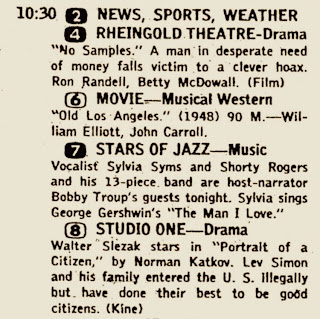 The TV Guide listing for the December 17, 1956 airing of Stars of Jazz noted that Sylvia Syms was the guest vocalist on the program, but the previously announced appearance of Shorty Rogers and his Big Band did not occur as the Julian “Cannonball” Adderley Quintet was the guest instrumental group for this edition of Stars of Jazz. 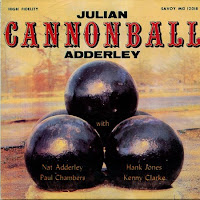 The following introduction to a site devoted to CANNONBALL ADDERLEY entitled THE BEGINNING captures the fabled circumstances that introduced Julian “Cannonball” Adderley to the professional jazz world of New York.

One June night in 1955, a young teacher traveled to New York City from Fort Lauderdale to attend graduate school in education. The night he arrived in the Big Apple, he went to the Café Bohemia to hear Oscar Pettiford's band. When the band was supposed to start its first set, the saxophonist still hadn't arrived. As fate would have it this young teacher from Florida had his saxophone with him because he was nervous about leaving it in the car.

Now Oscar Pettiford needed a temporary replacement for the missing saxophonist. When he spotted the instrument in the educator's hands, he sent a friend, Charlie Rouse, over to borrow the horn. But Charlie returned with the player as well as the horn. Rouse told Pettiford that the man wouldn't let anyone else play his sax, but he would be happy to sit in until the other player arrived.

As the story goes, Pettiford was irritated by the man's presumption so he set out to embarrass the young teacher by setting the tempo at a fast and furious pace. But this was a special night. And this was a special young man. He not only kept up with the seasoned musicians but performed a solo during Pettiford's own "Bohemia After Dark" that had jazz musicians and fans alike buzzing about the newcomer for weeks. They were calling him the next Charlie Parker. That young teacher from Fort Lauderdale was Julian "Cannonball" Adderley.

The web site can be found here.

The stint with Oscar Pettiford led to Adderley’s first recording session as leader for Savoy in July of 1955 where his brother, Nat, joined him in a quintet setting that would remain Cannonball’s working unit as jazz clubs across the nation vied to book his quintet.  EmArcy signed Adderley and quickly had a series of LPs in circulation that cemeted Adderley’s credentials as a new force on alto saxophone.  Adderley’s west coast appearances included the Blackhawk in San Francisco and Jazz City in Hollywood where they were appearing when tapped to appear on Stars of Jazz. 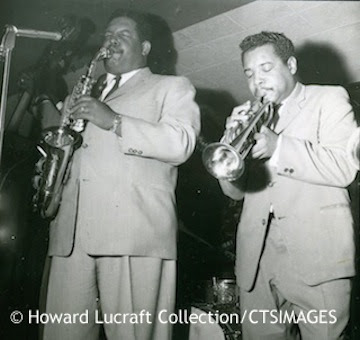 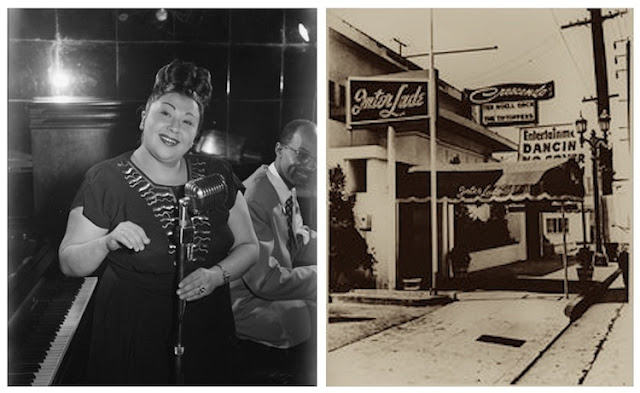 Sylvia Syms was a popular singer on the nightclub and cabaret circuit.  She was performing at Gene Norman’s Interlude nightclub on the Sunset strip, and when she made her Stars of Jazz appearance Syms had several albums in record stores on the Decca label as well as her first LP album on the Atlantic label.  Prior to that Ms. Syms had several 78 rpm albums on the De Luxe label.  Many of the instrumental groups that appeared on Stars of Jazz were not geared to back the guest vocalist and this was the case with the Adderley quintet.  Guest vocalists would often have their own group on tour with them and arrangements would be made to have them appear on Stars of Jazz as a package.  Bobby Hammack and Eddie Beal were two pianists based in Los Angeles that would frequently back vocalists on the show when the vocalist did not have a scheduled accompanist.  Arnold Ross backed Ms. Syms on this program. 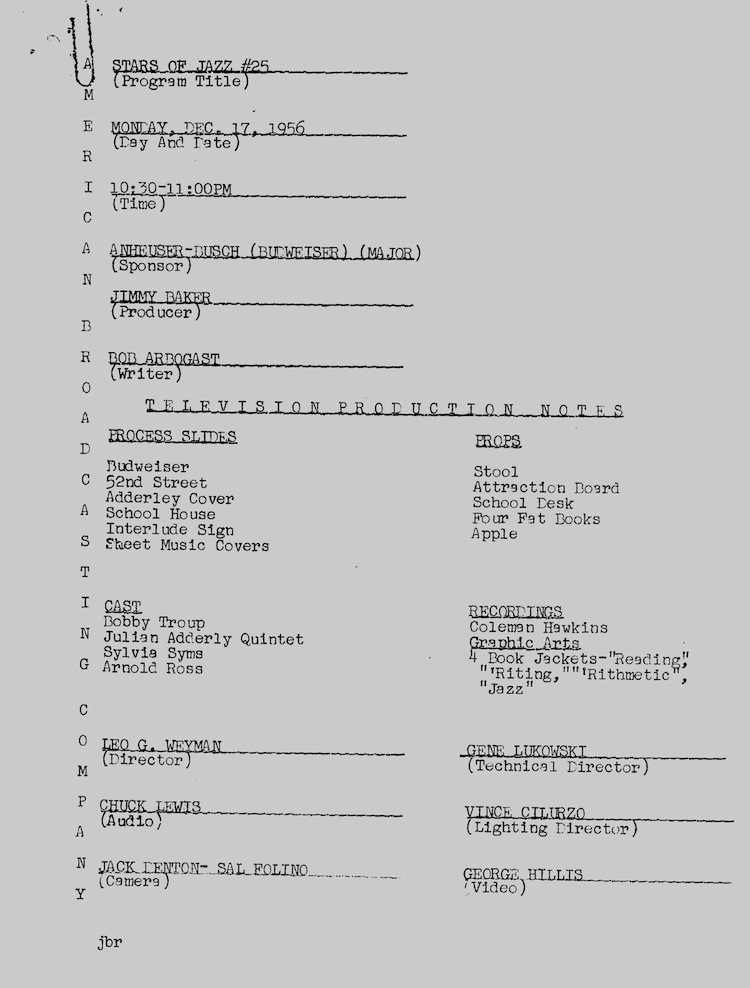 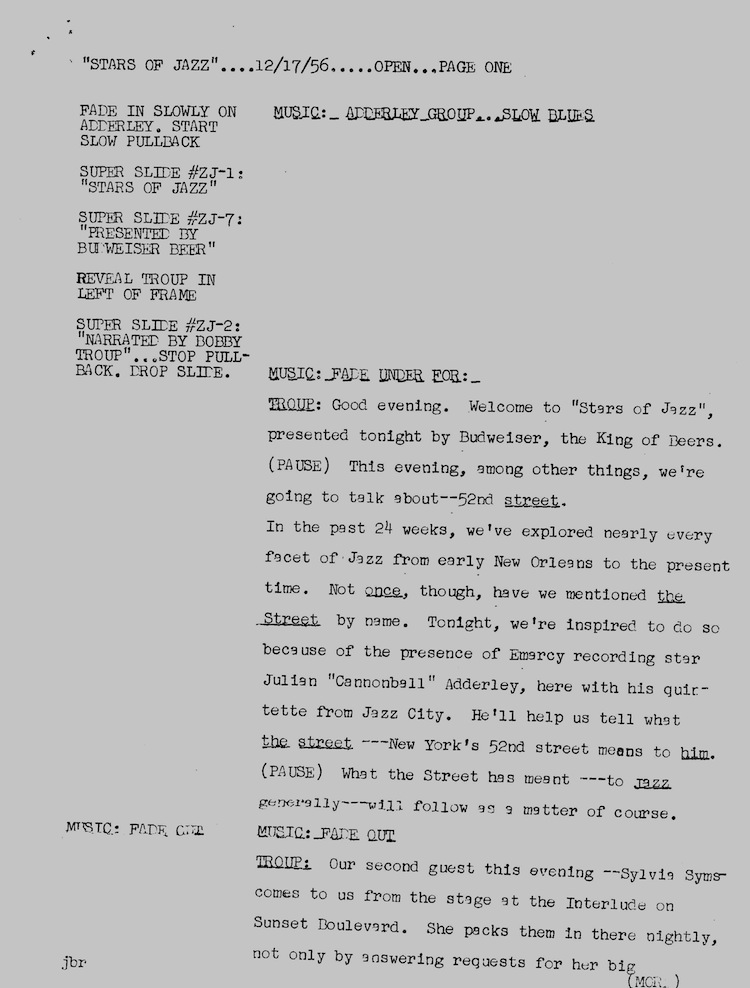 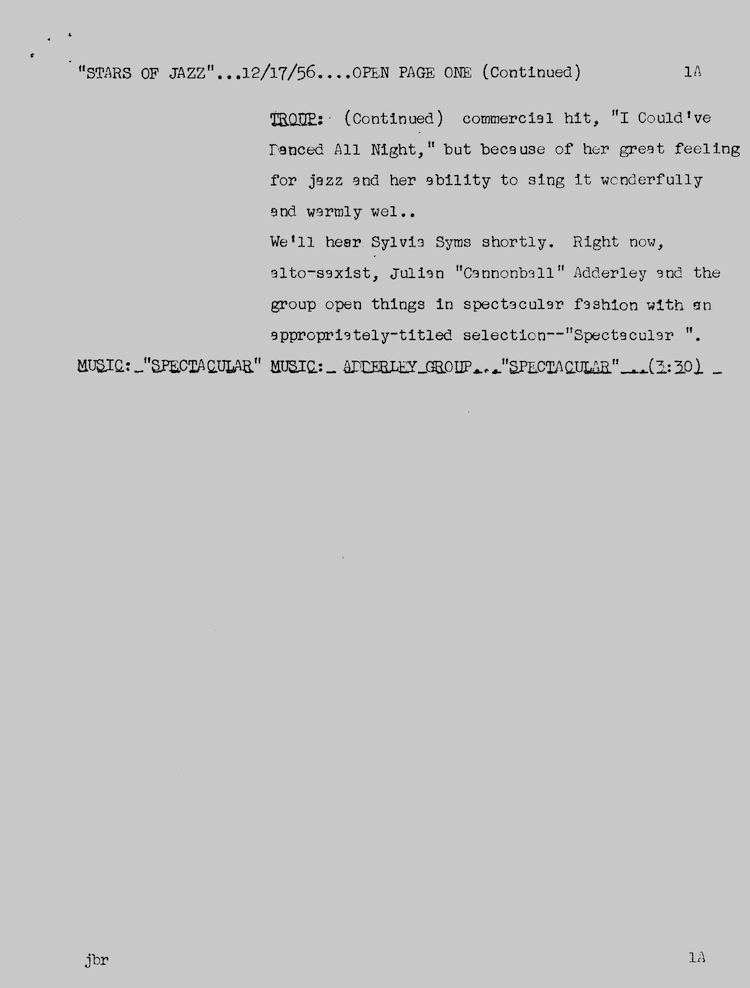 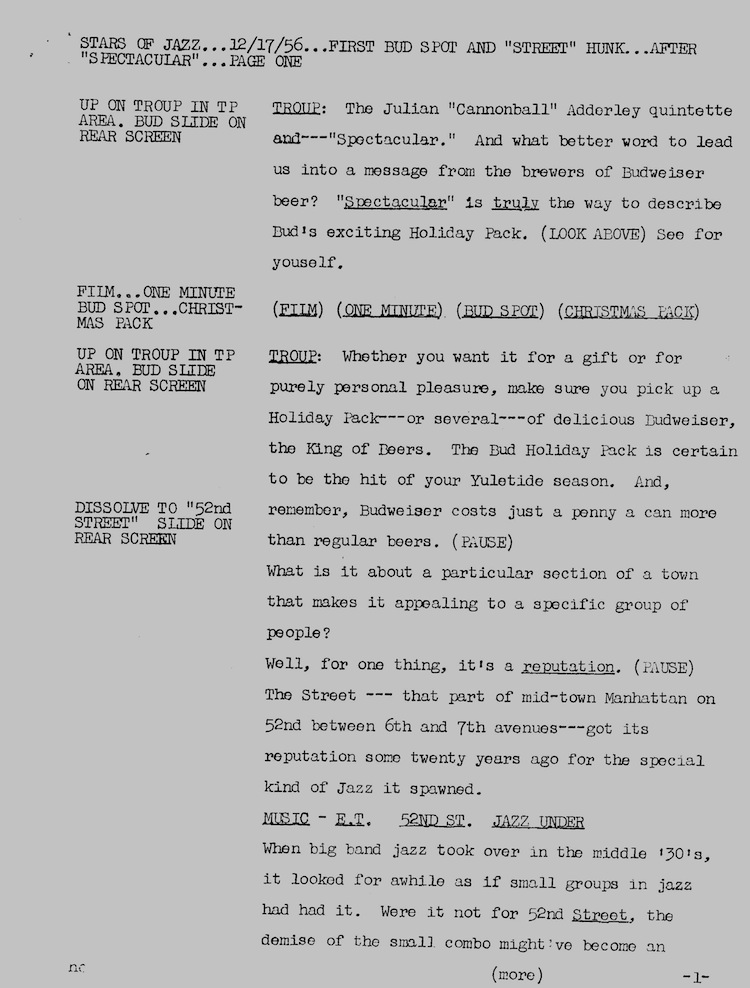 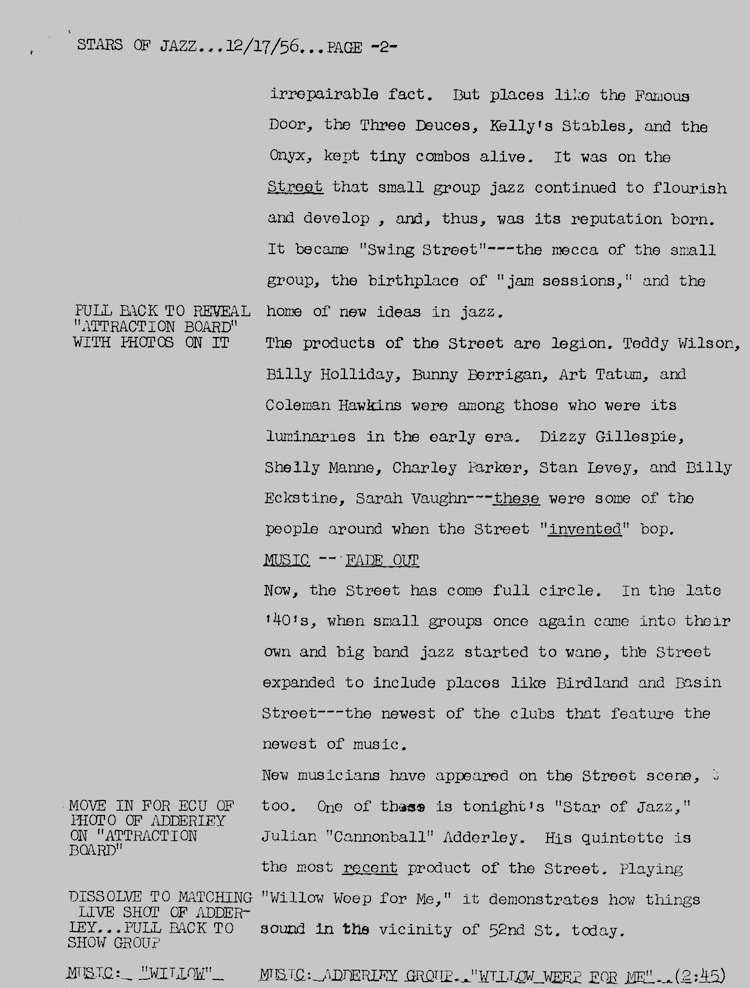 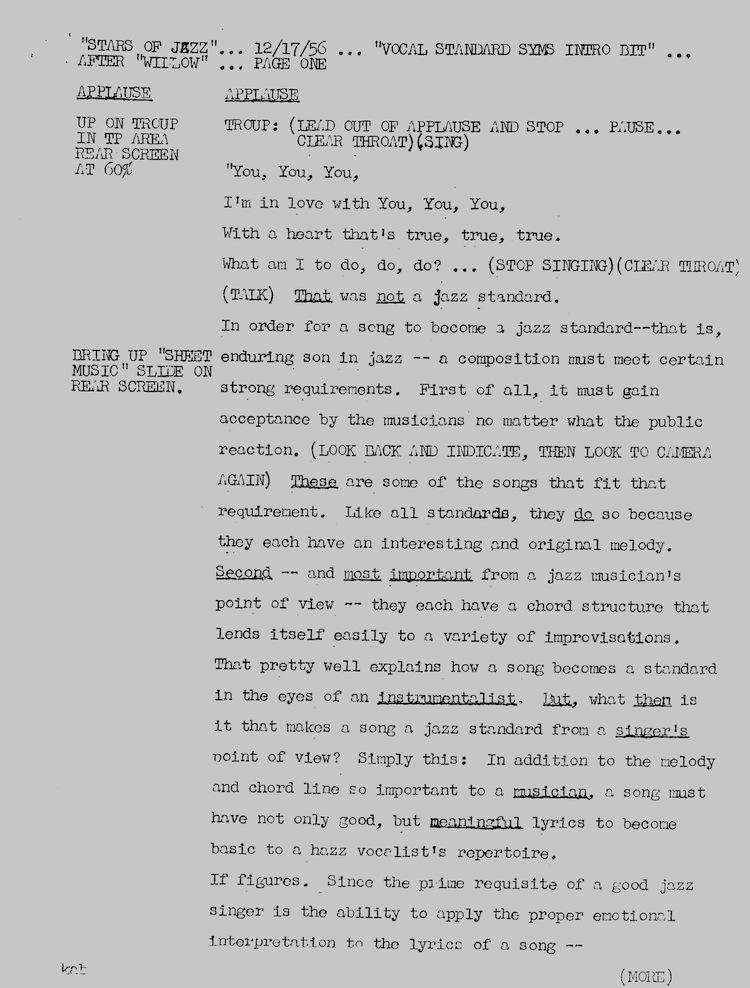 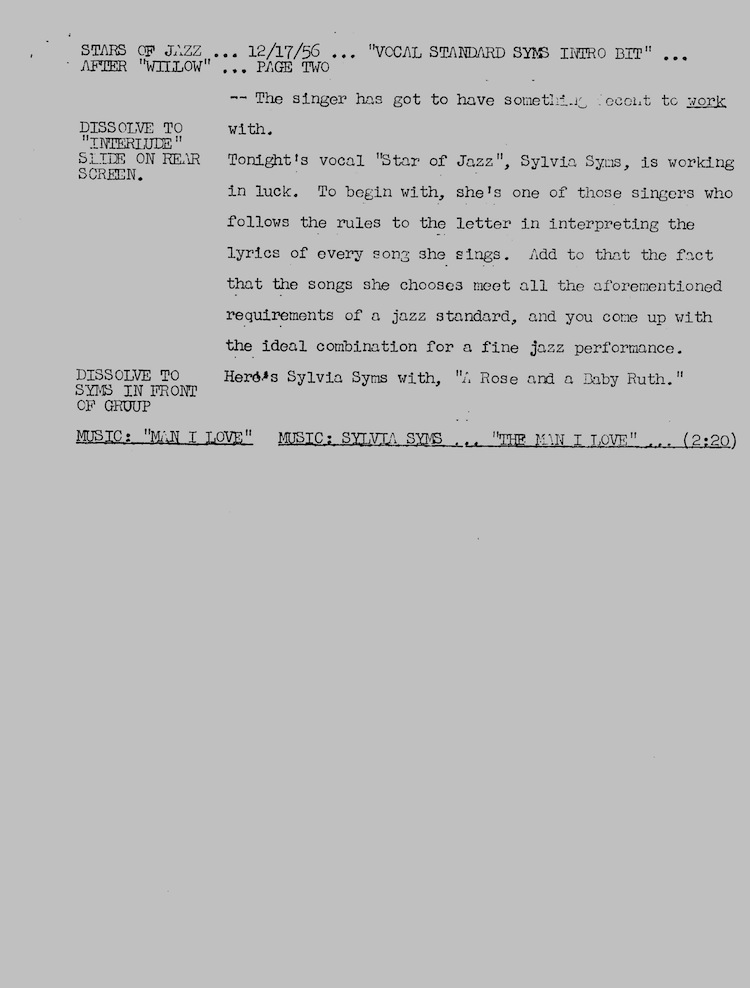 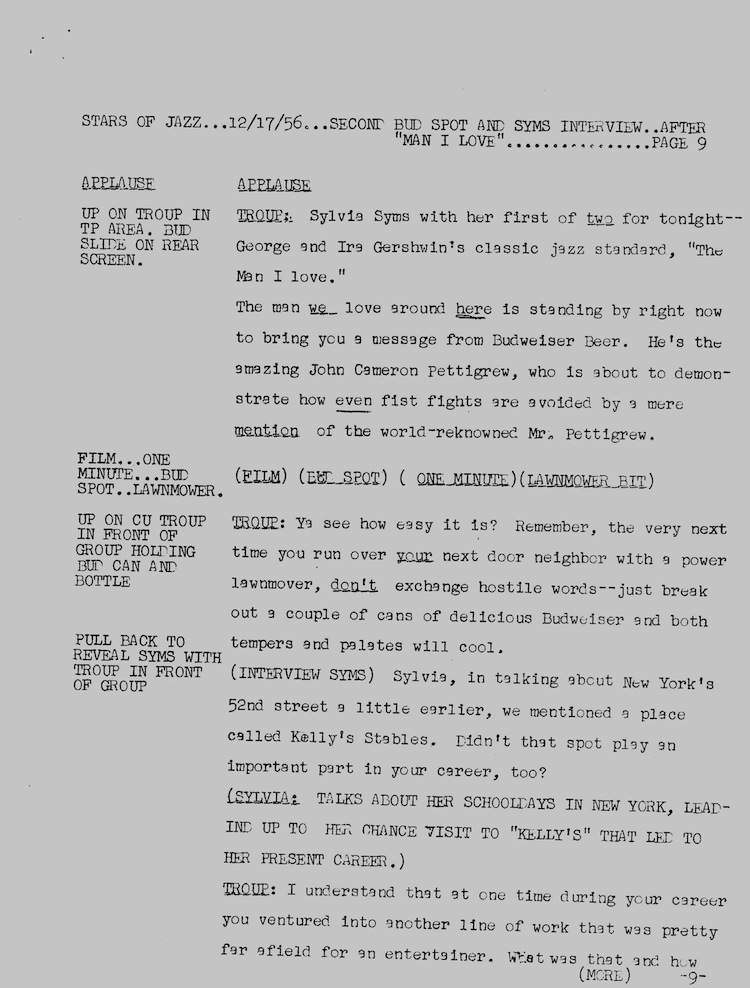 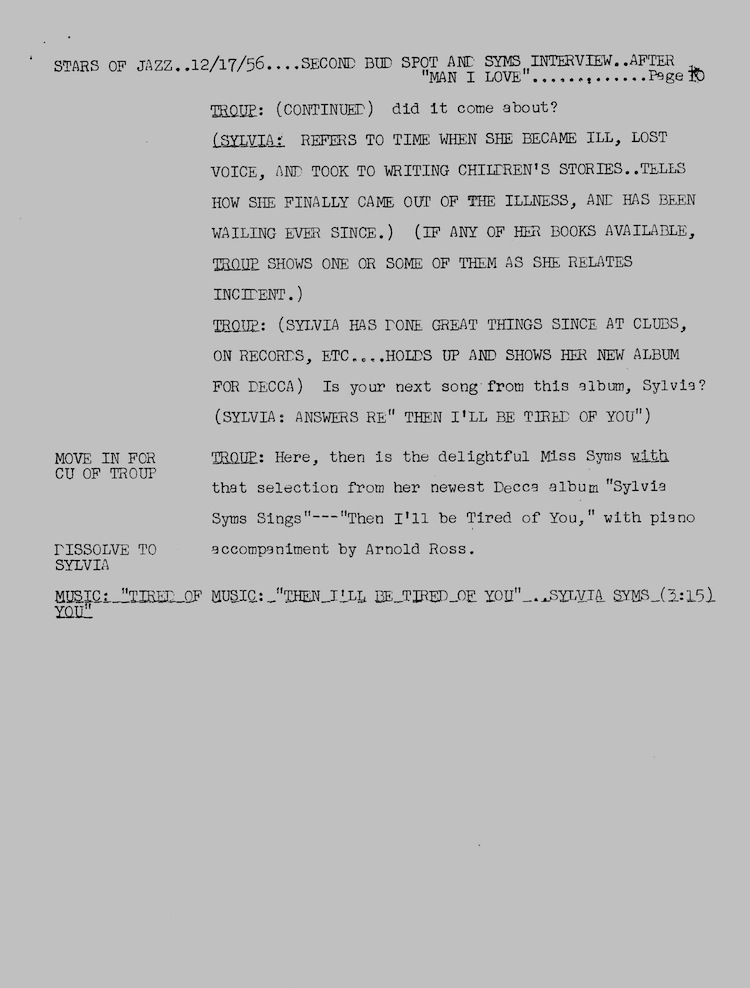 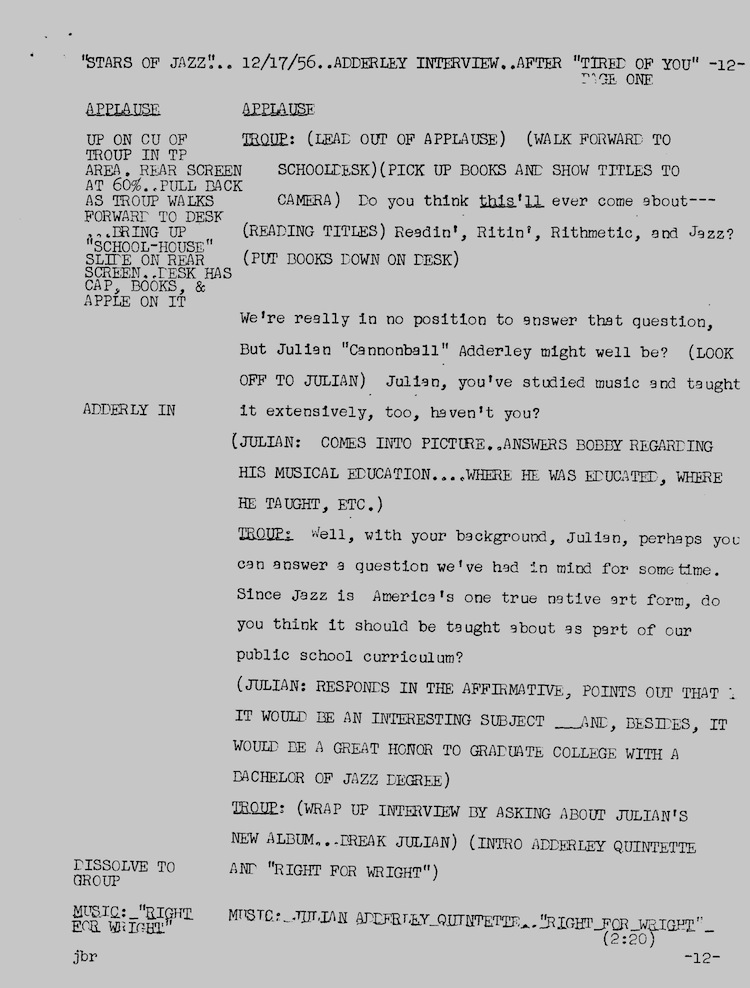 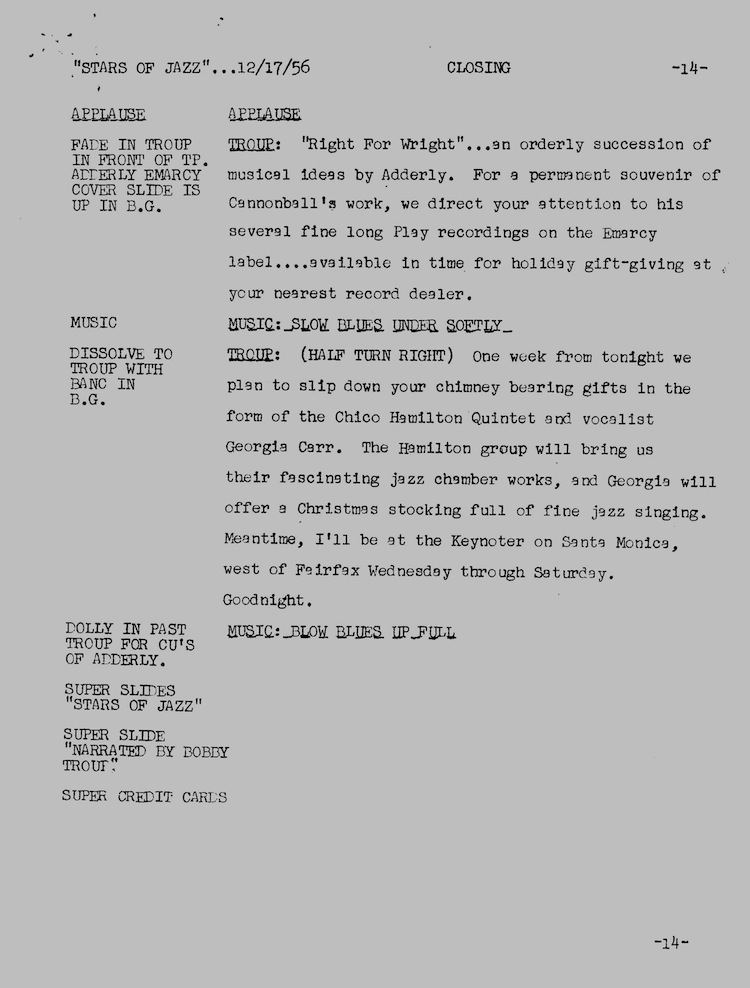