The TV Guide listing for December 31, 1956 mistakenly listed Stars of Jazz as being on the schedule for New Year’s Eve with vocalist Joni Roberts plus the Jimmy Giuffre Trio.  The program did not air that evening. The next edition of Stars of Jazz was broadcast the following Monday, January 7, 1957.  That edition of TV Guide also made an error as it listed the Miles Davis group as appearing with Nellie Lutcher.  Miles Davis did not appear on Stars of Jazz.  Nellie Lutcher did appear as the featured vocalist  on this edition of the program, the 27th in the series and Jimmy Giuffre’s trio with Ralph Pena and Jim Hall filled the instrumental jazz combo slot. 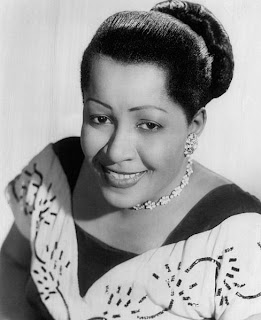 Nellie Lutcher (October 15, 1912 – June 8, 2007) was an African-American R&B and jazz singer and pianist, who gained prominence in the late 1940s and early 1950s. She was most recognizable for her diction and exaggerated pronunciation, and was credited as an influence by Nina Simone among others.

She was born in Lake Charles, Louisiana, the eldest daughter of the 15 children of Isaac and Suzie Lutcher. Her father was a bass player, and her mother a church organist. She received piano lessons, and her father formed a family band with Nellie playing piano. At age 12, she played with Ma Rainey, when Rainey's regular pianist fell ill and had to be left behind in the previous town. Searching for a temporary replacement in Lake Charles, one of the neighbors told her there was a little girl who played in church who might be able to do it.

Aged 14, Lutcher joined her father in Clarence Hart's Imperial Jazz Band, and in her mid-teens also briefly married the band's trumpet player. In 1933, she joined the Southern Rhythm Boys, writing their arrangements and touring widely. In 1935, she moved to Los Angeles, where she married Leonel Lewis and had a son. She began to play swing piano, and also to sing, in small combos throughout the area, and began developing her own style, influenced by Earl Hines, Duke Ellington and her friend Nat "King" Cole.

She was not widely known until 1947 when she learned of the March of Dimes talent show at Hollywood High School, and performed. The show was broadcast on the radio and her performance caught the ear of Dave Dexter, a scout for Capitol Records. She was signed by Capitol and made several records, including "The One I Love Belongs To Someone Else" and her first hit single, the risqué "Hurry On Down", which went to # 2 on the rhythm and blues chart. This was followed by her equally successful composition "He's A Real Gone Guy", which also made # 2 on the R&B chart and crossed over to the pop charts where it reached # 15.

In 1948 she had a string of further R&B chart hits, the most successful being "Fine Brown Frame", her third # 2 R&B hit. Her songs charted on the pop, jazz, and R&B charts, she toured widely and became widely known. She wrote many of her own songs and, unlike many other African-American artists of the period, retained the valuable publishing rights to them.

In 1950, Lutcher duetted with Nat "King" Cole on "For You My Love" and "Can I Come in for a Second". The same year, her records began to be released in the UK and were actively promoted by radio DJ Jack Jackson. She headlined a UK variety tour, compered by Jackson, with great success, later returning there to tour on her own.

With an orchestra for the first time, Lutcher recorded "The Birth of the Blues" and "I Want to Be Near You" in 1951, but she was losing her appeal with the record-buying public and Capitol dropped her the following year. She went on to record, much less successfully, for other labels including Okeh, Decca and Liberty, and gradually wound down her performance schedule. 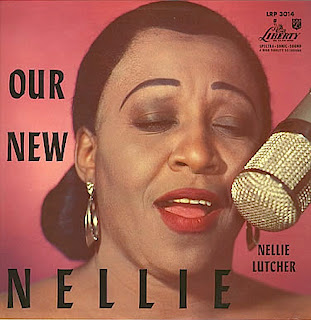 By 1957, she had joined the board of the Los Angeles Musicians Union, but continued to perform occasionally until the 1990s under the management of Alan Eichler, with many successful engagements including the Cookery and Michael's Pub in New York, the Hollywood Roosevelt Hotel's Cinegrill in Los Angeles and the New Orleans Jazz and Heritage Festival. She also starred in her own TV special "Nellie" on PBS and recorded a one-hour concert with Marian McPartland for the NPR series Piano Jazz. She invested successfully in property and managed her own apartment building in the Crenshaw area of Los Angeles.

She was the sister of saxophonist Joe "Woodman" Lutcher and aunt of Latin jazz percussionist Daryl "Munyungo" Jackson and singer Jacqueline Levy.

(from the Wikipedia entry for Nellie Lutcher) 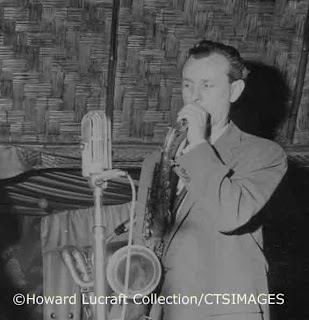 Jimmy Giuffre graduated from North Texas State Teachers College in 1942 and headed out with fellow classmate Harry Babasin to pursue a career in jazz.  His early musical experience included stints with Boyd Raeburn, Jimmy Dorsey, Buddy Rich and Woody Herman.  After leaving the Herman orchestra Giuffre was one of the original Lighthouse All Stars along with Shorty Rogers.  Their compositions for the Lighthouse All Stars would form a foundation for the “sound” that became a trademark of Howard Rumsey’s Lighthouse All Stars.  Giuffre left the Lighthouse around the same time that Shorty Rogers departed and was a regular in Shorty’s Giants for a period of time in the mid 1950s.  He was an active player in the recording studio scene during the west coast renaissance and can be heard on recordings with such diverse leaders as John Graas, Teddy Charles, Shelly Manne, Chet Baker, Buddy DeFranco, Leith Stevens, Pete Rugolo, Red Norvo, Duane Tatro, Milt Bernhart, Stan Levey, Lennie Niehaus, Herbie Harper, Russ Garcia, Stan Kenton, Pete Jolly, Bob Cooper, Marty Paich, Herb Ellis and Jack Millman. Jimmy Giuffre’s initial recordings as leader were for Capitol Records.  He then signed with Atlantic Records and had two LPs in release when he appeared with his trio on Stars of Jazz.

(photo of Jimmy Giuffre at Zardi's by Howard Lucraft) 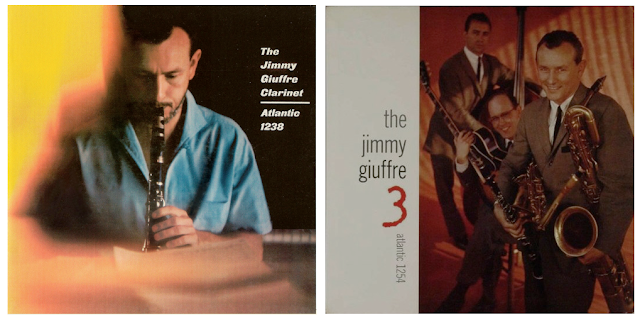 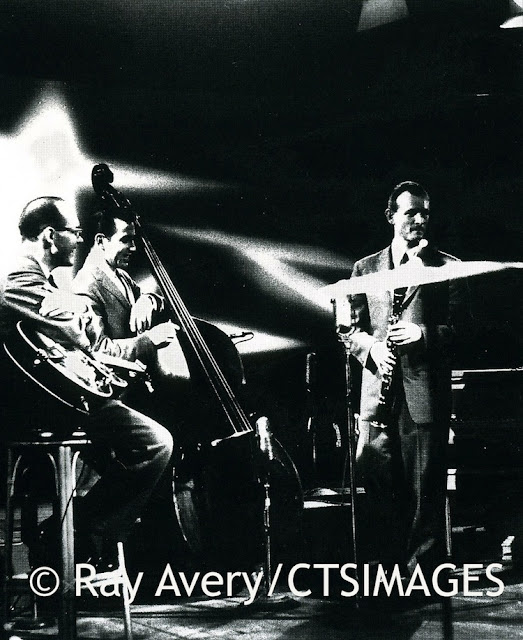 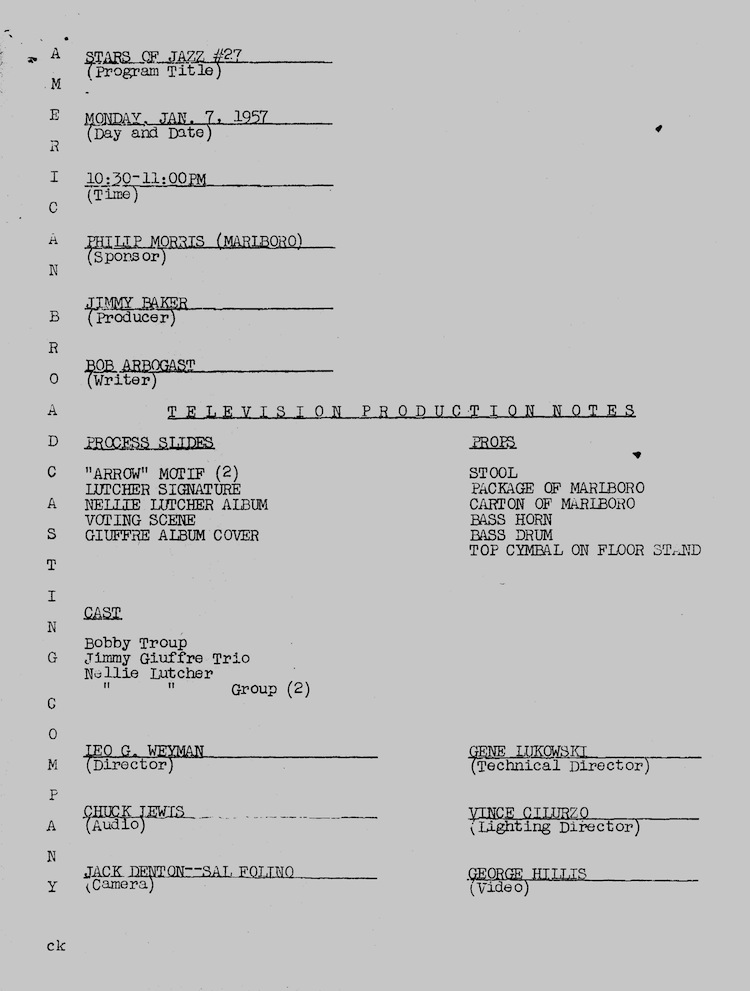 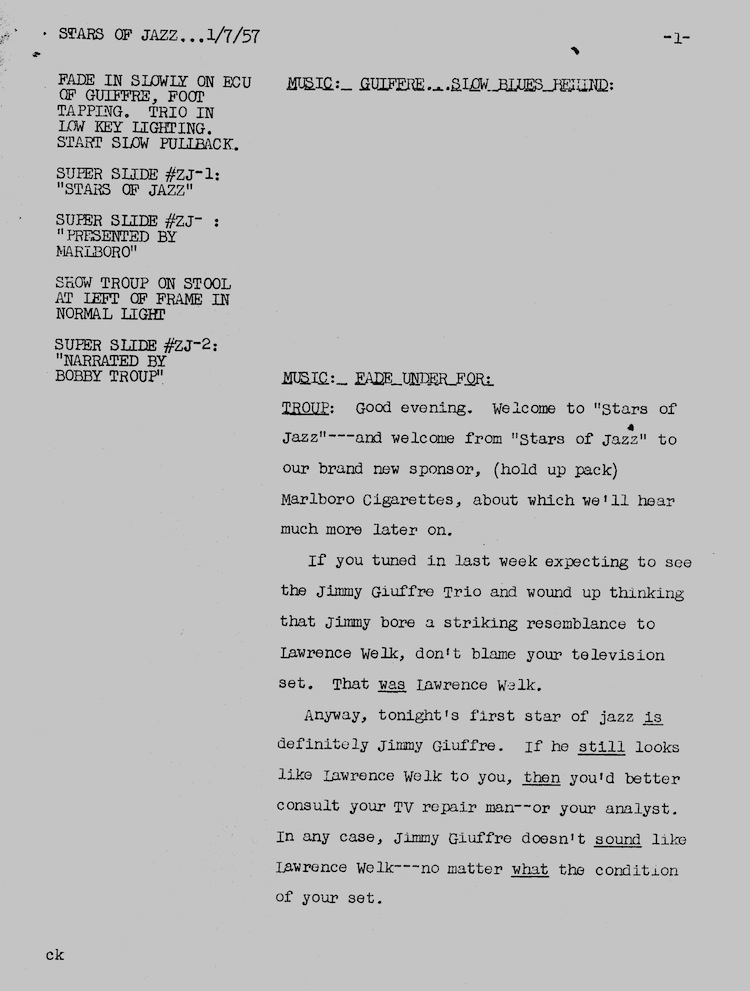 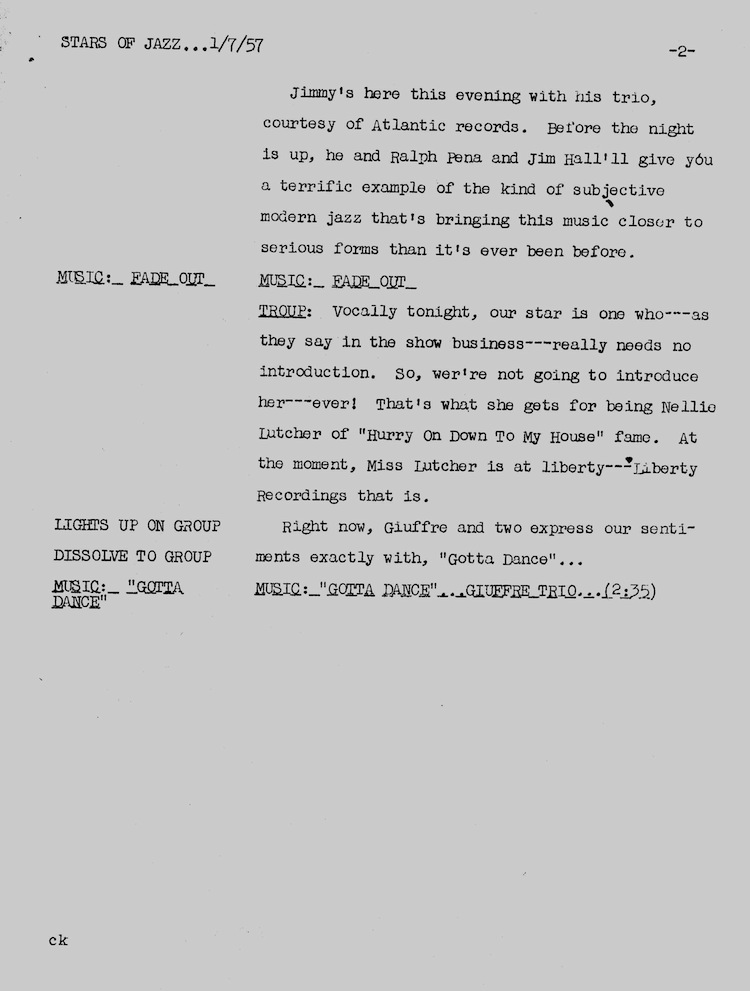 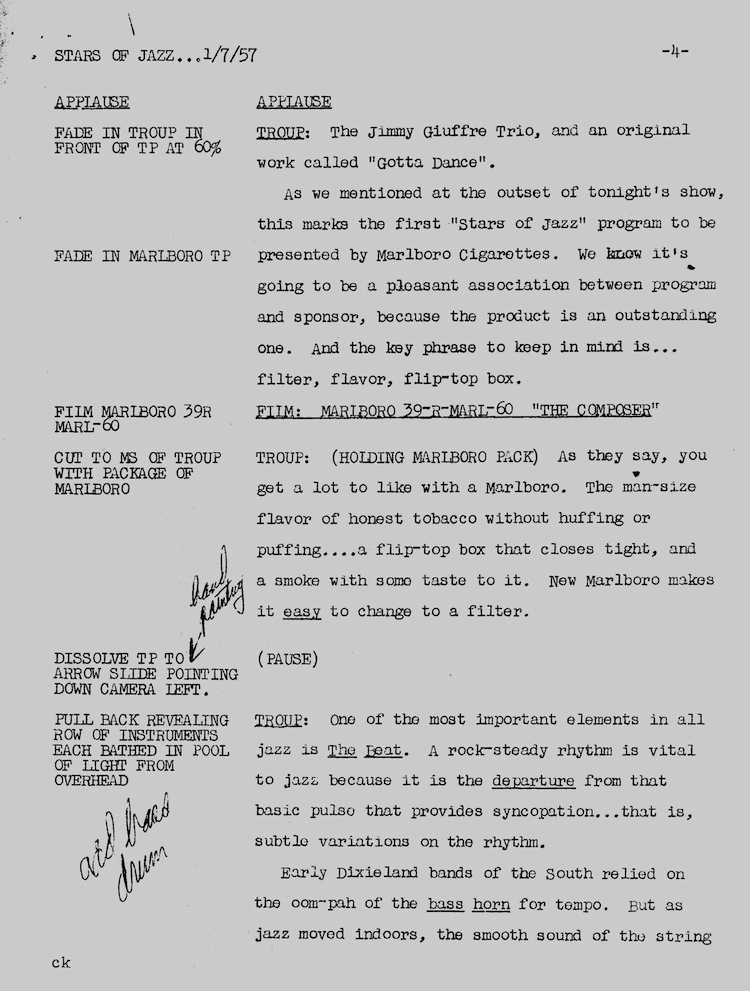 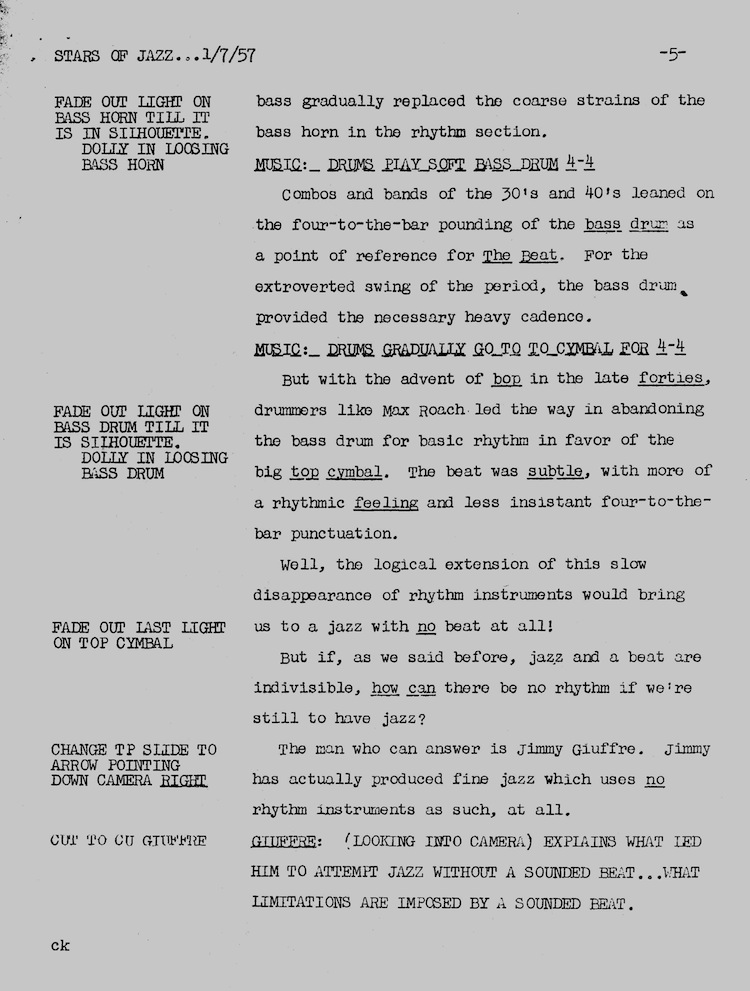 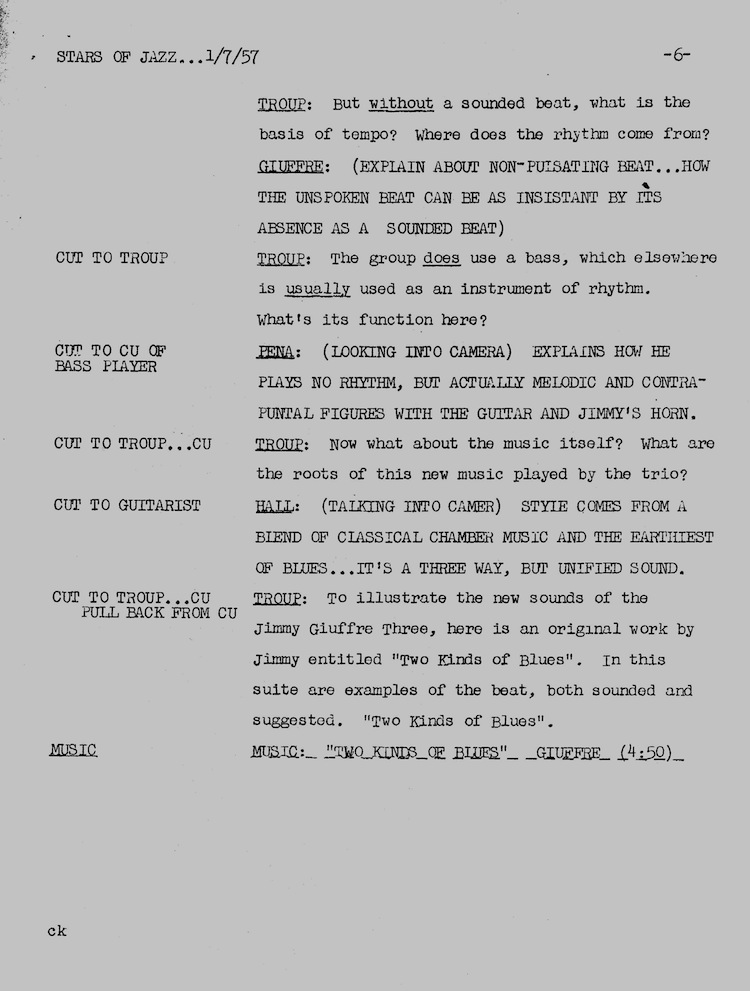 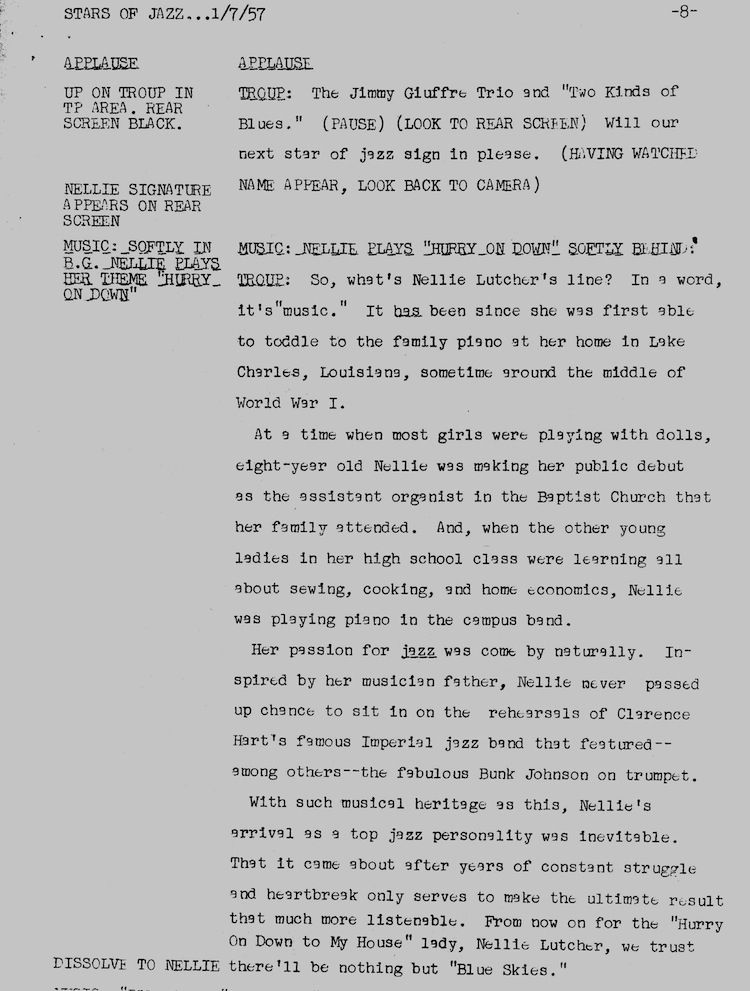 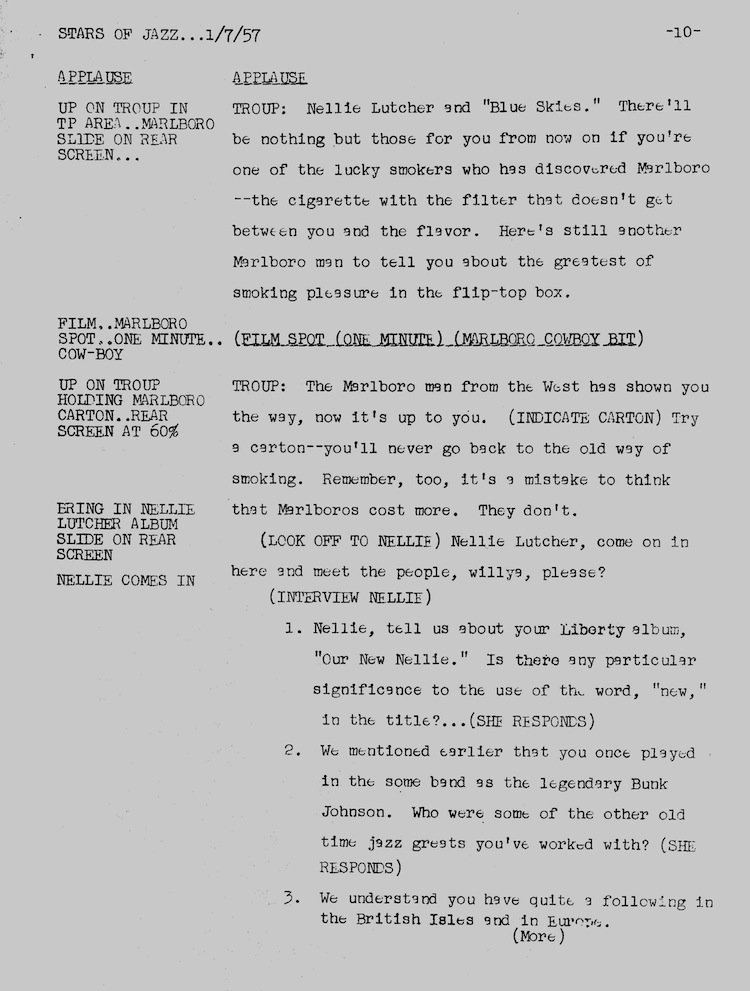 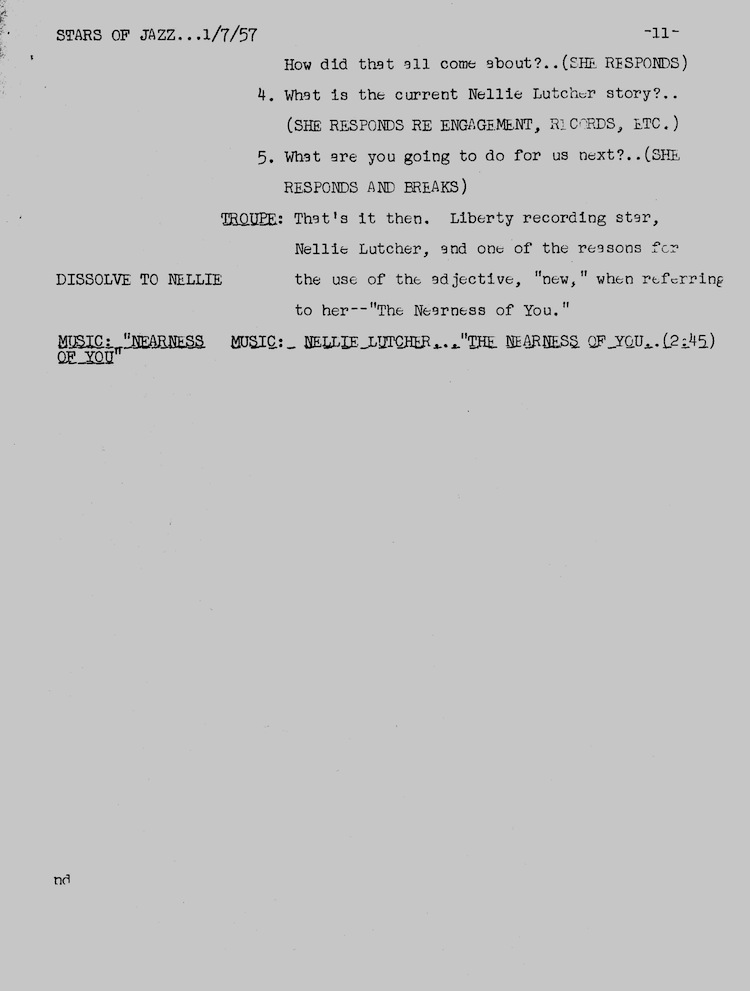 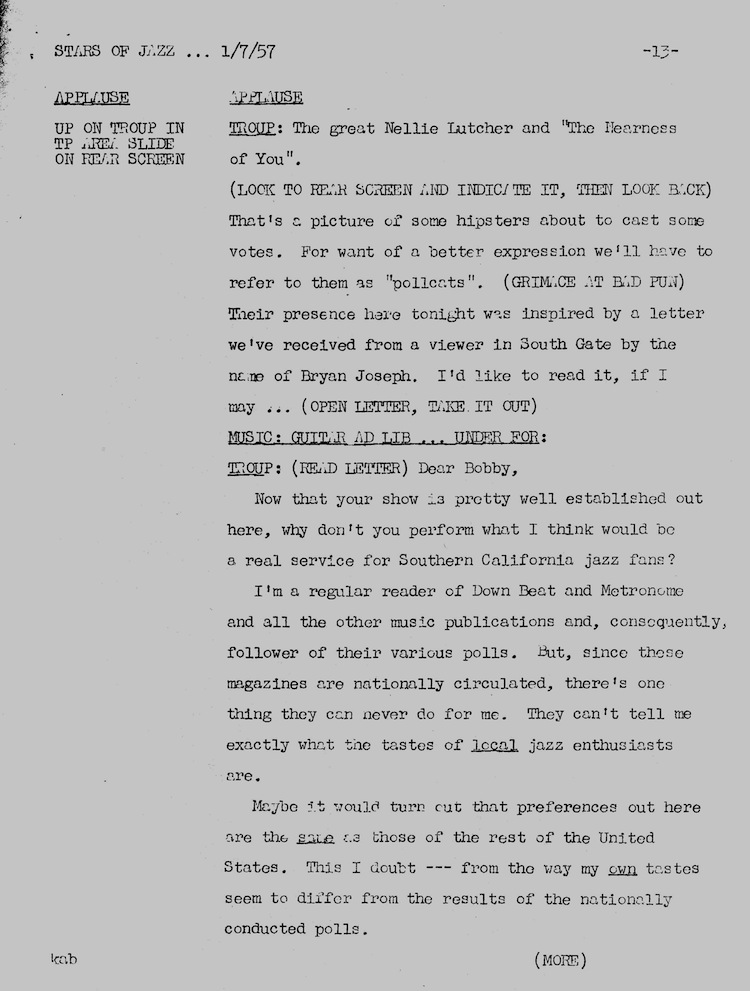 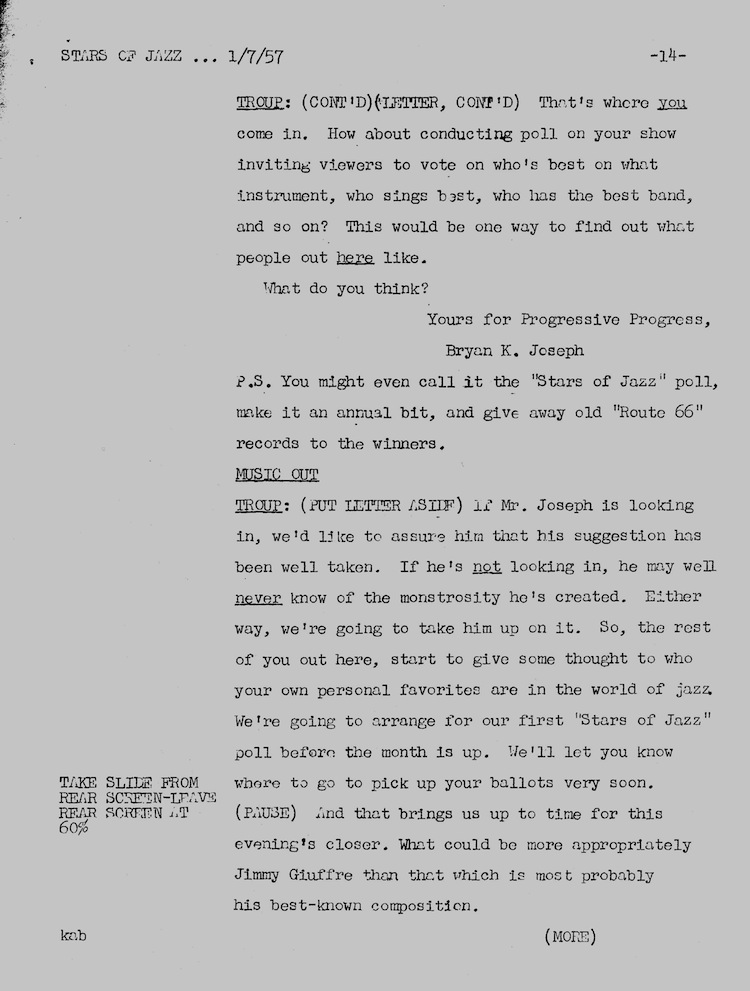 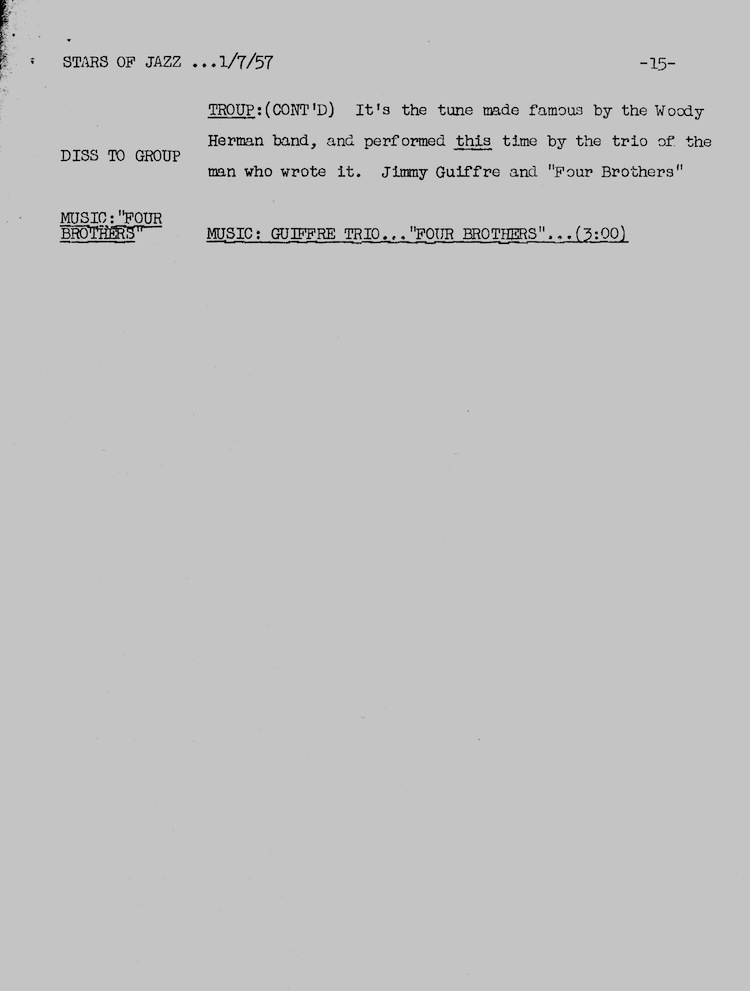 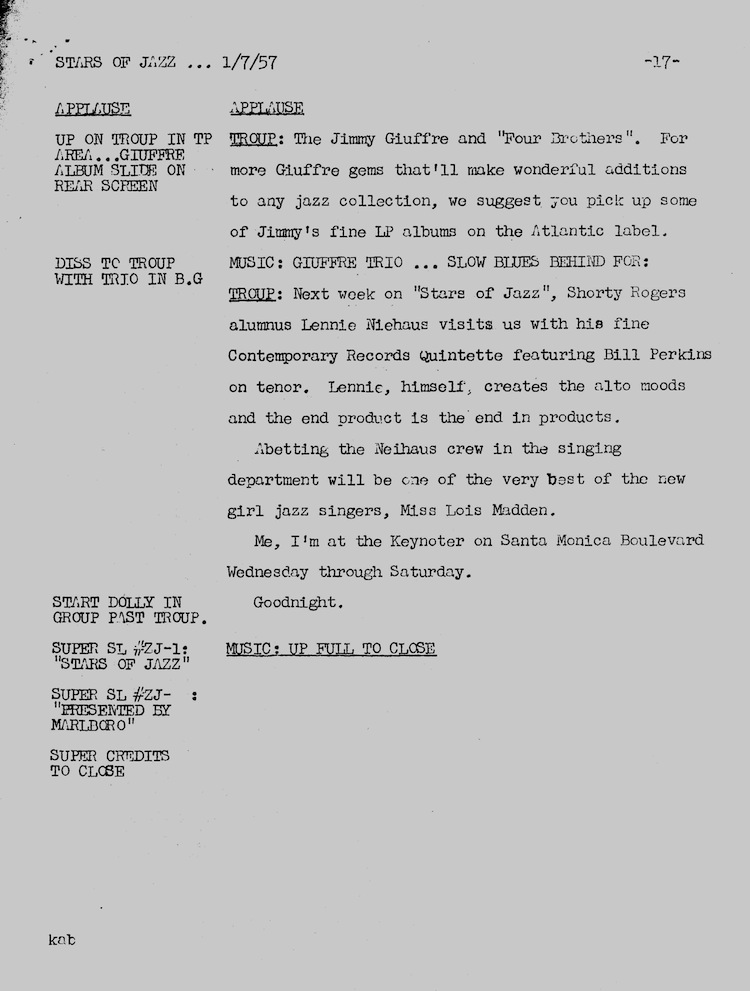