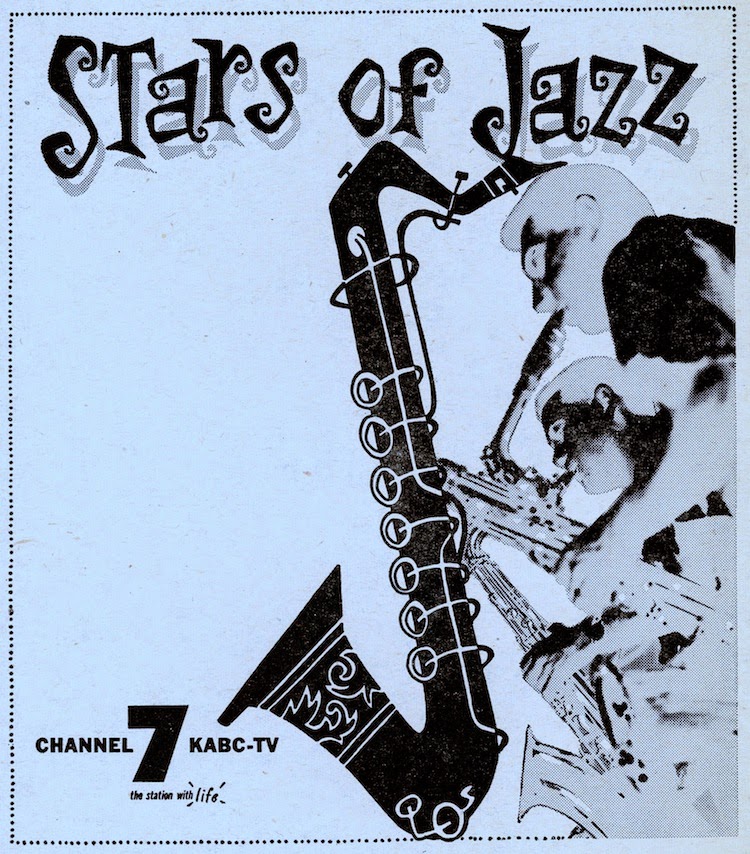 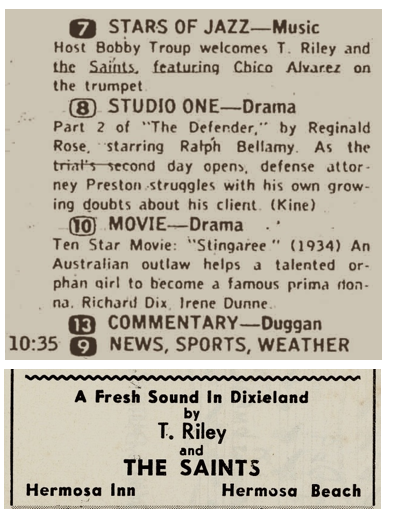 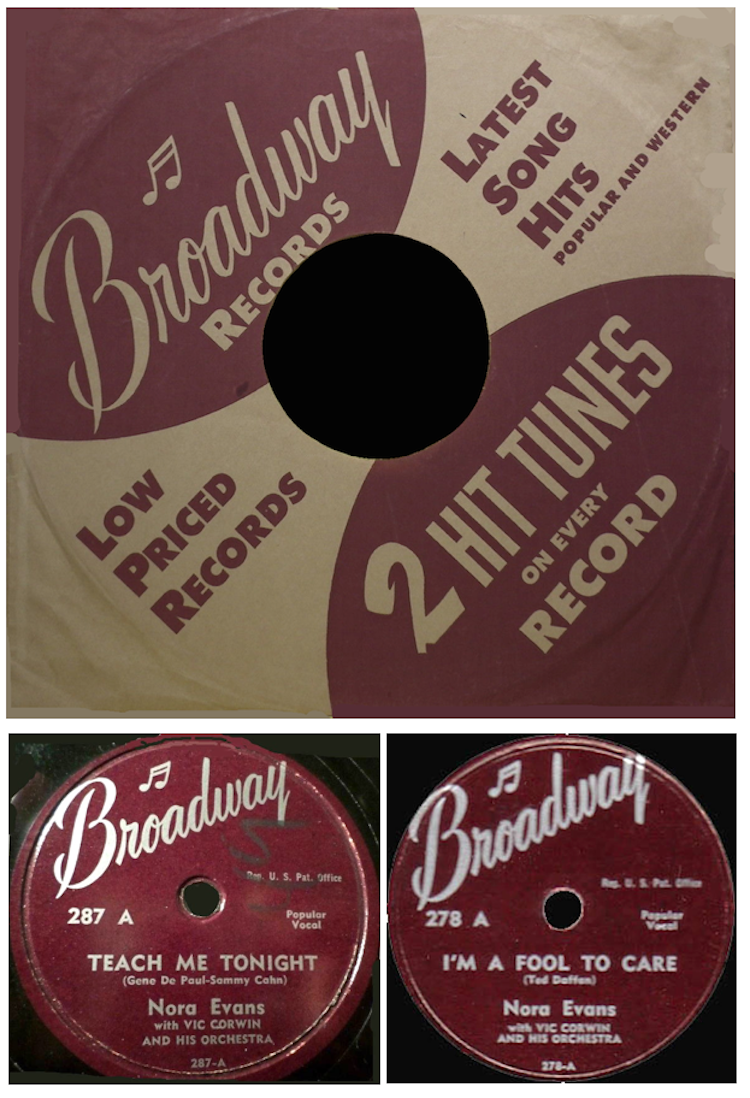 The featured vocalist on this program had gained fame as a singer who could mimic any vocalist who happened to have a hit on the Billboard charts.  One day she might sing a Jo Stafford hit and the next day a Mary Ford tune that had topped the charts.

One of the companies that specialized in making "covers" of current Billboard hits was Broadway Records. They would package two hits on a single 78 record and sell the "cover" for considerably less than you would pay for a copy of the original hit on Capitol or Decca or RCA Victor.

Nora Evans had decided to strike out of her own when she appeared on Stars of Jazz and Billboard carried a notice around this time that she had signed with Rave Records.

Today Ms. Evans is best known for the album that she released on her own label, Noreva Records. 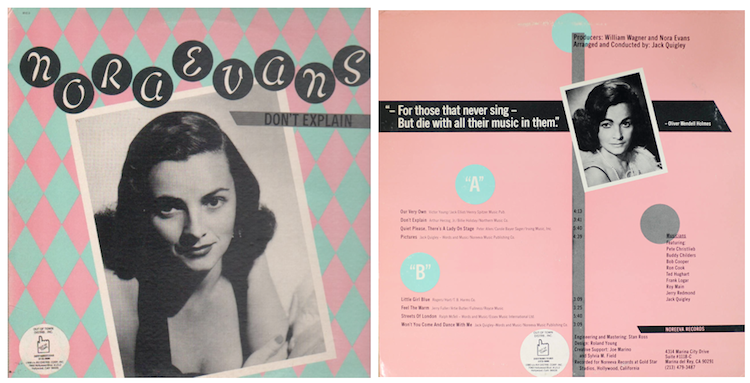 Ms. Evans was backed by Norm Pizzuti on her numbers, and he received double scale, paid separately by A.B.C.

Production credits for this show: 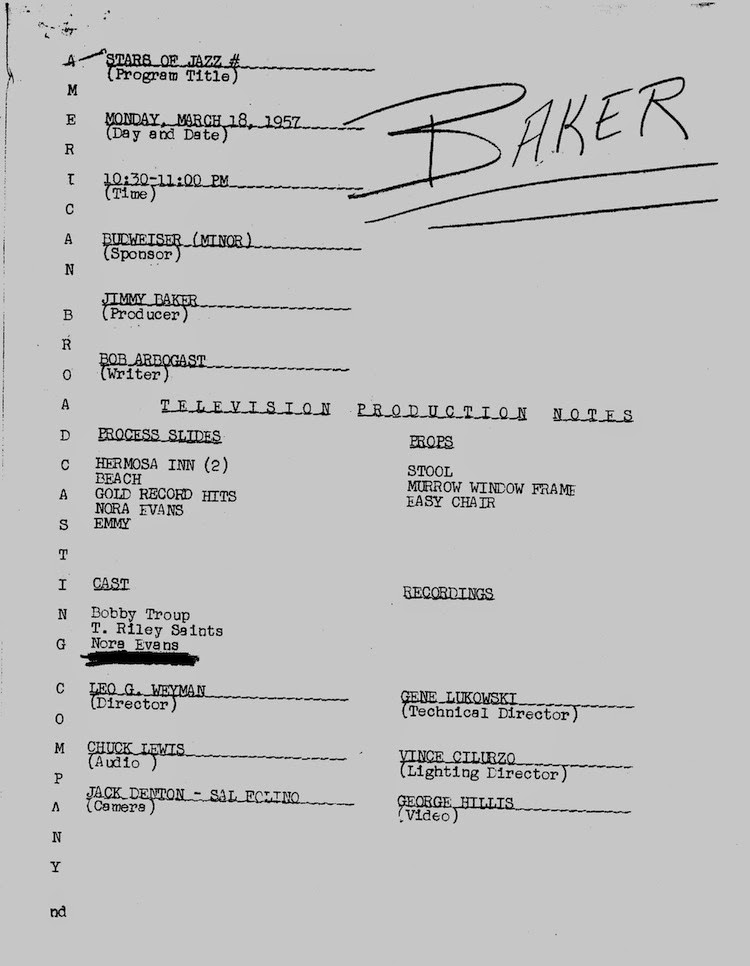 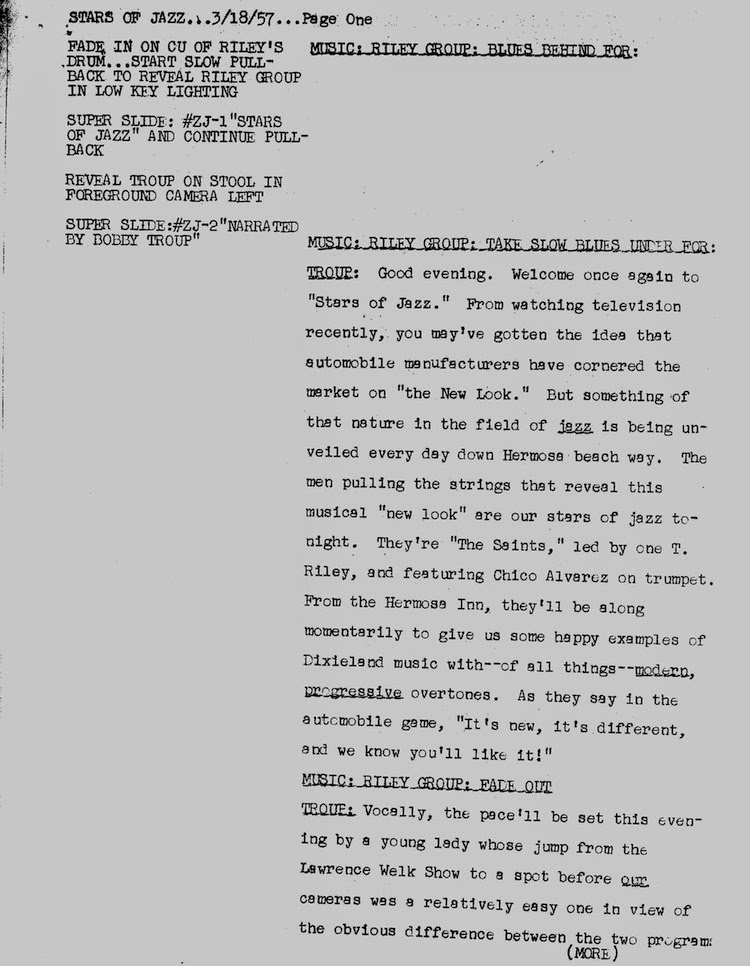 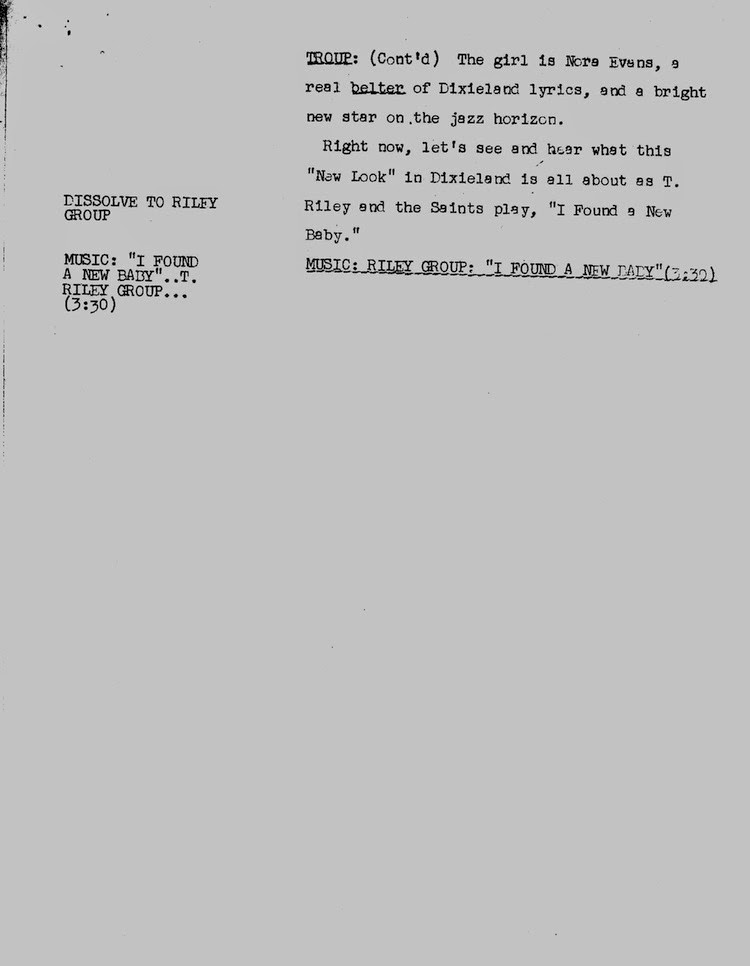 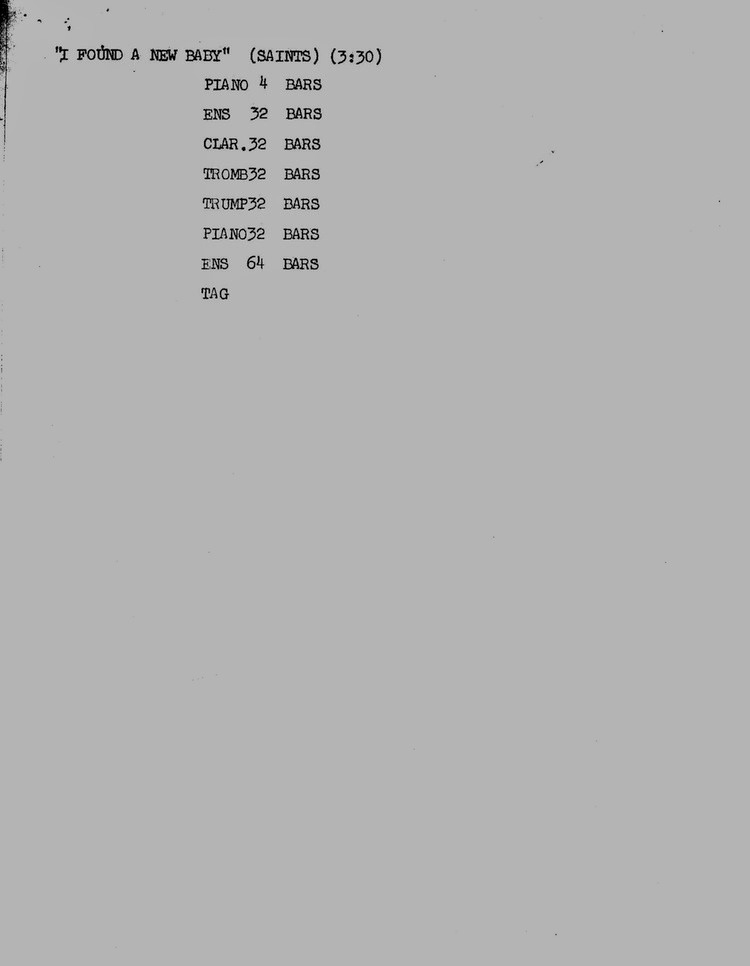 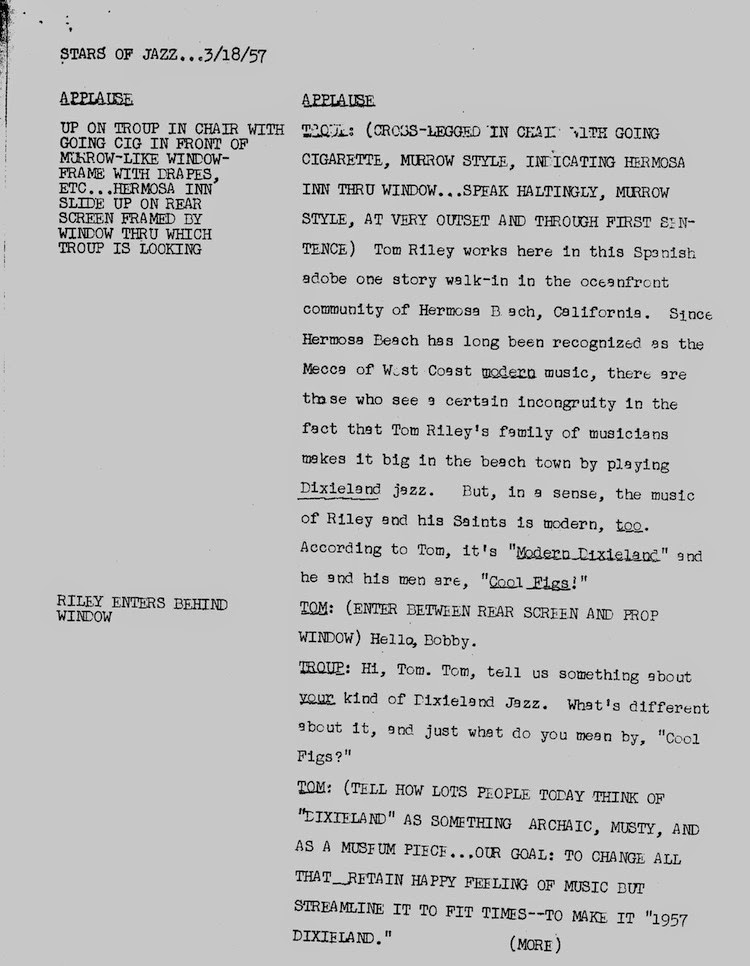 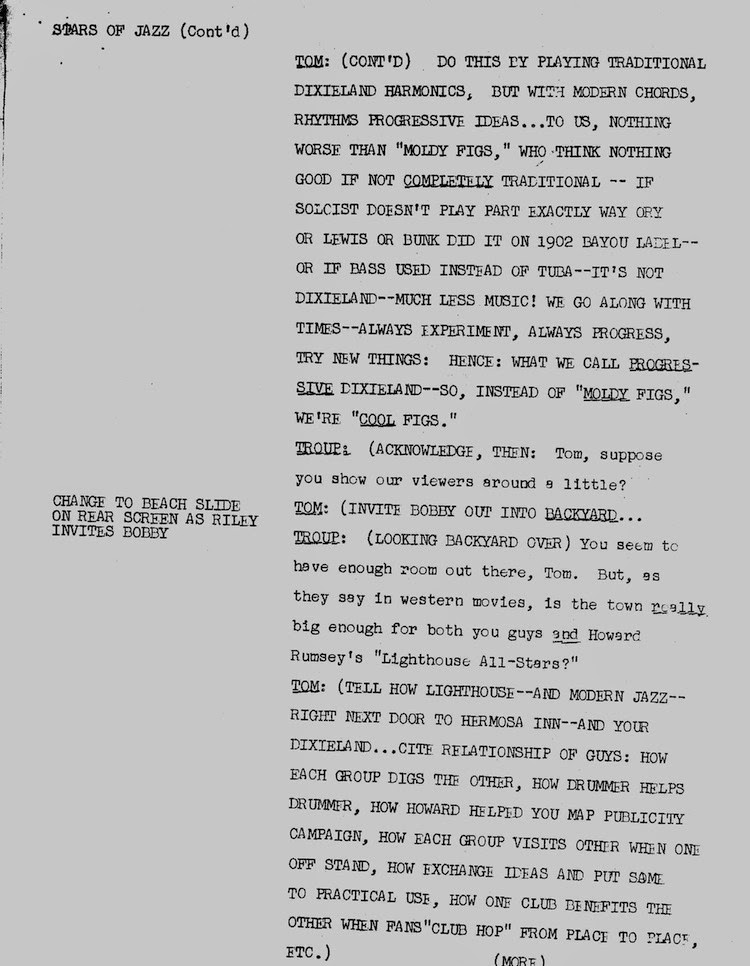 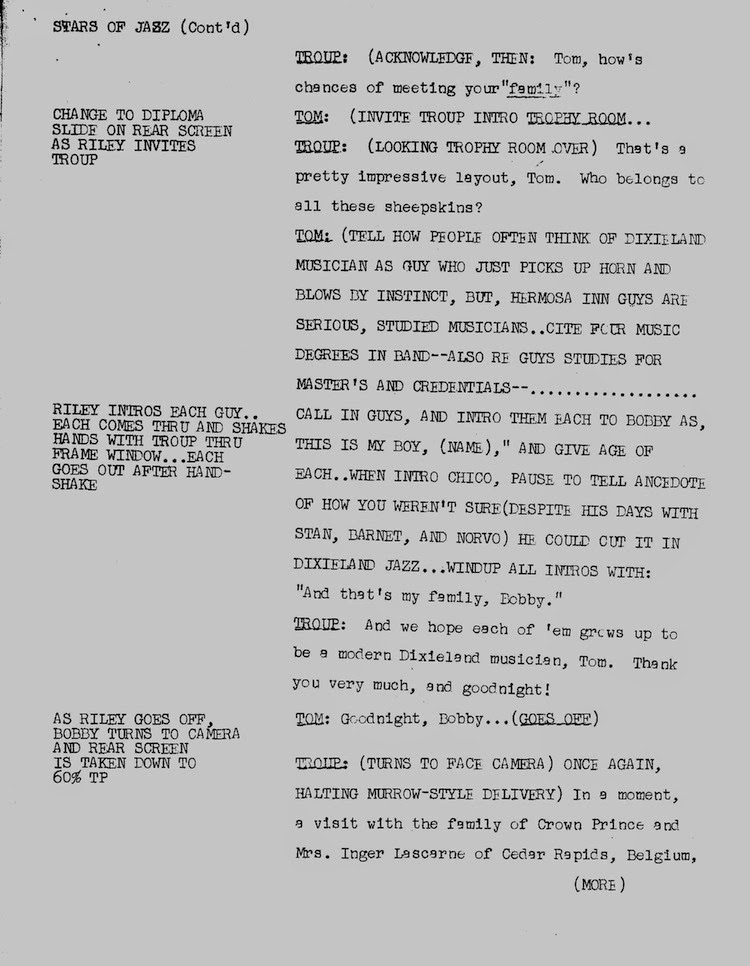 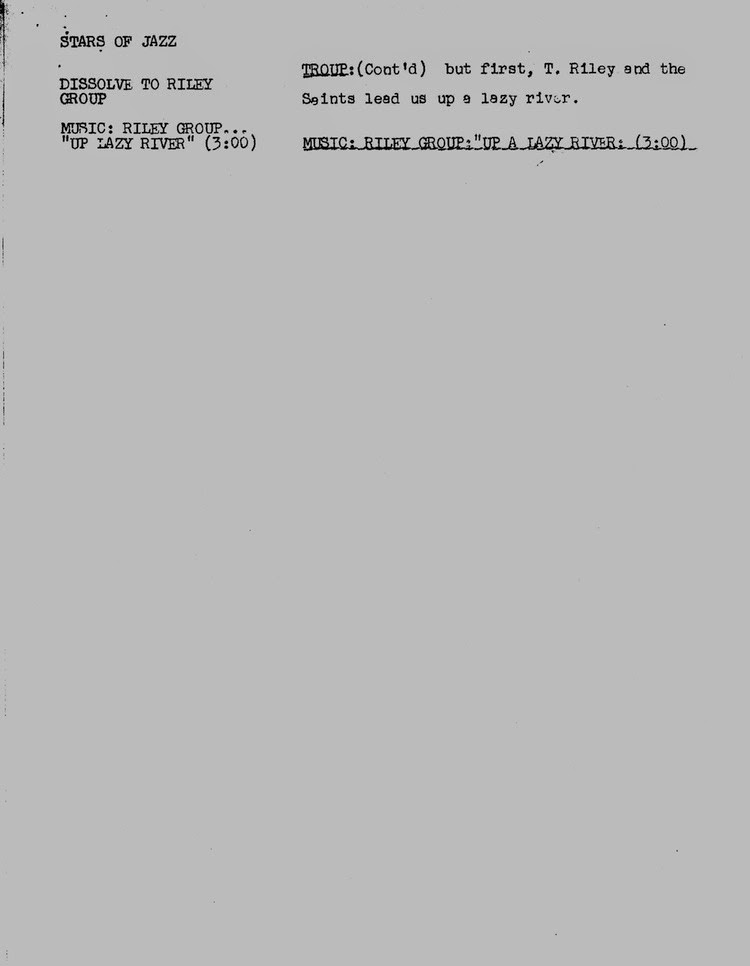 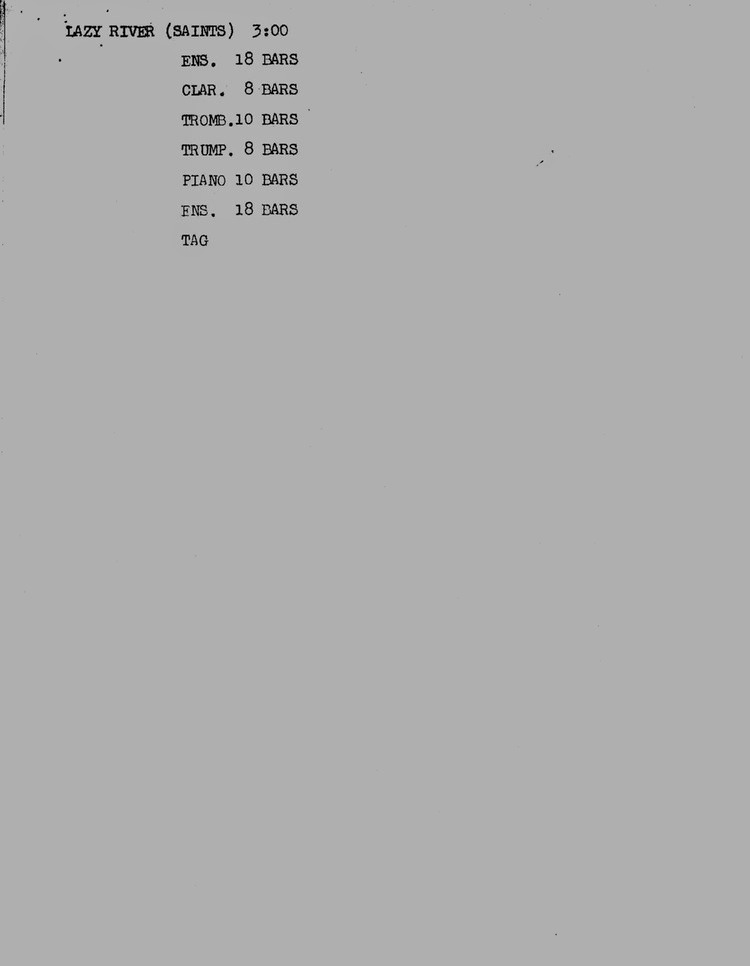 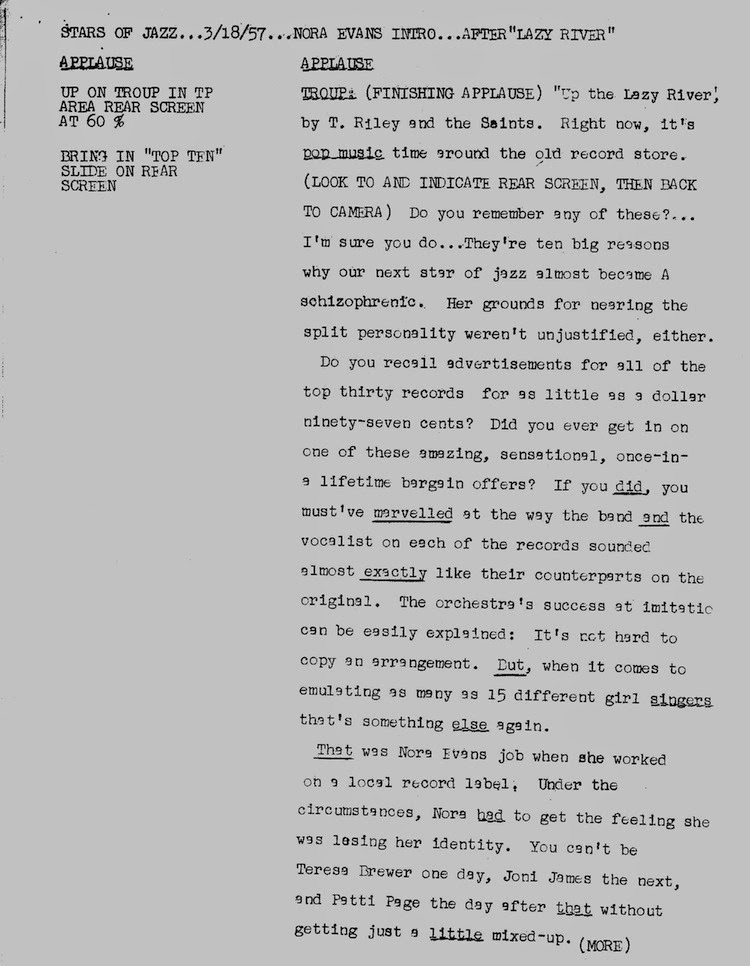 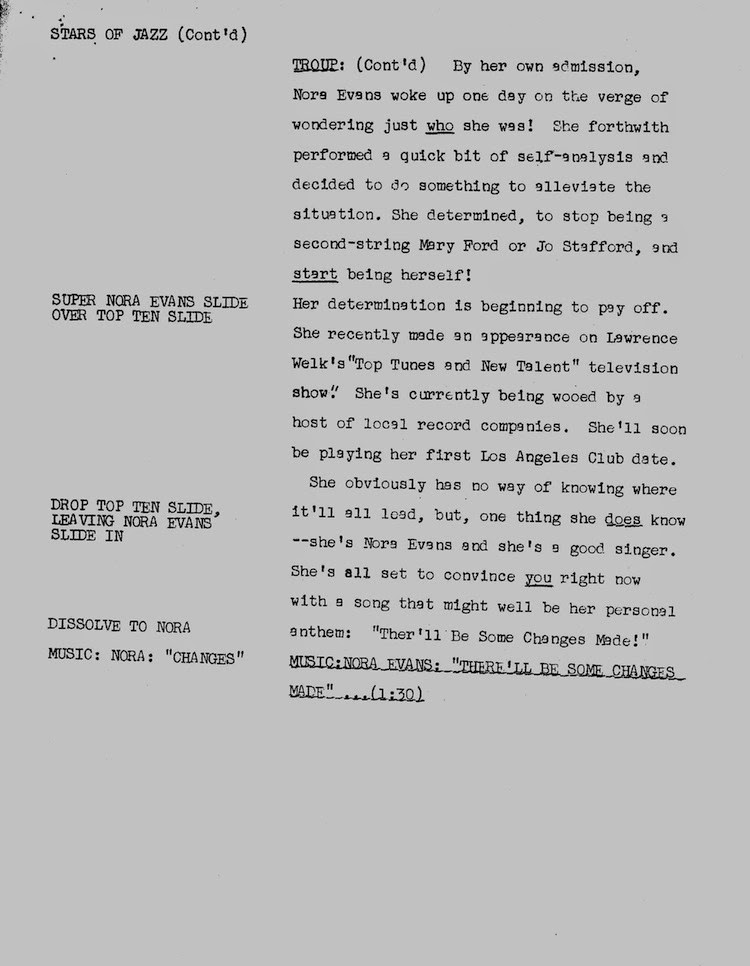 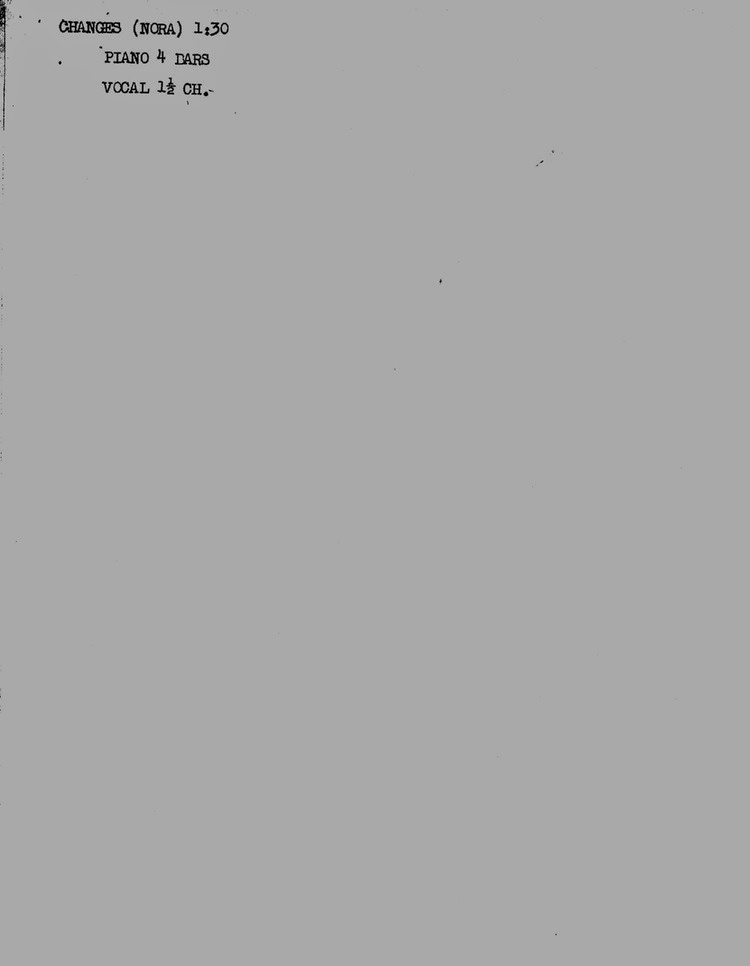 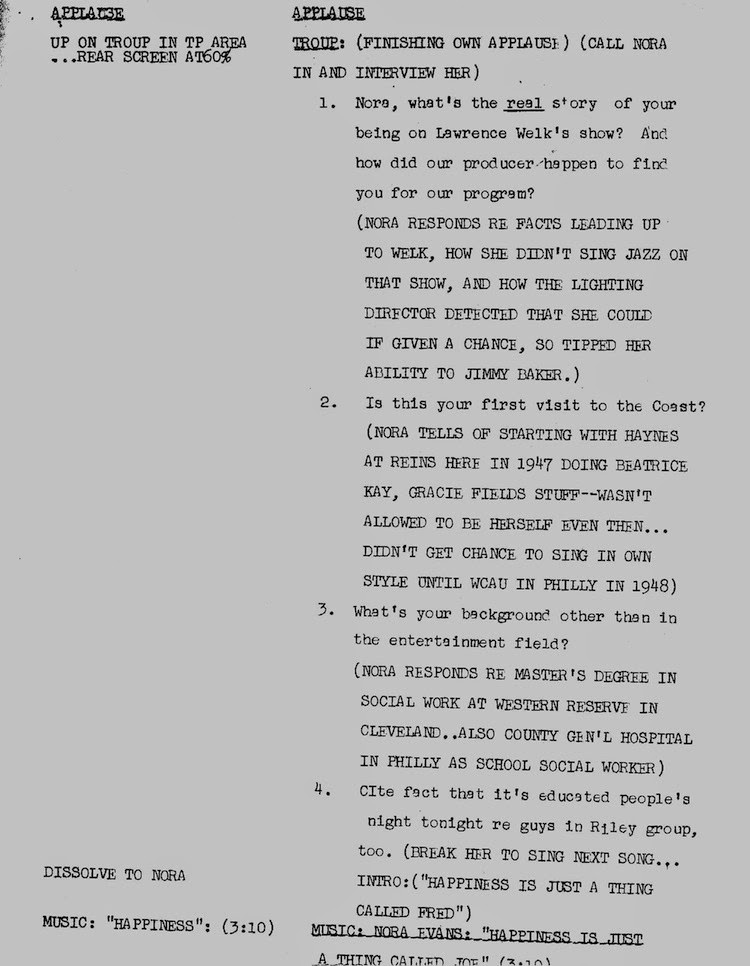 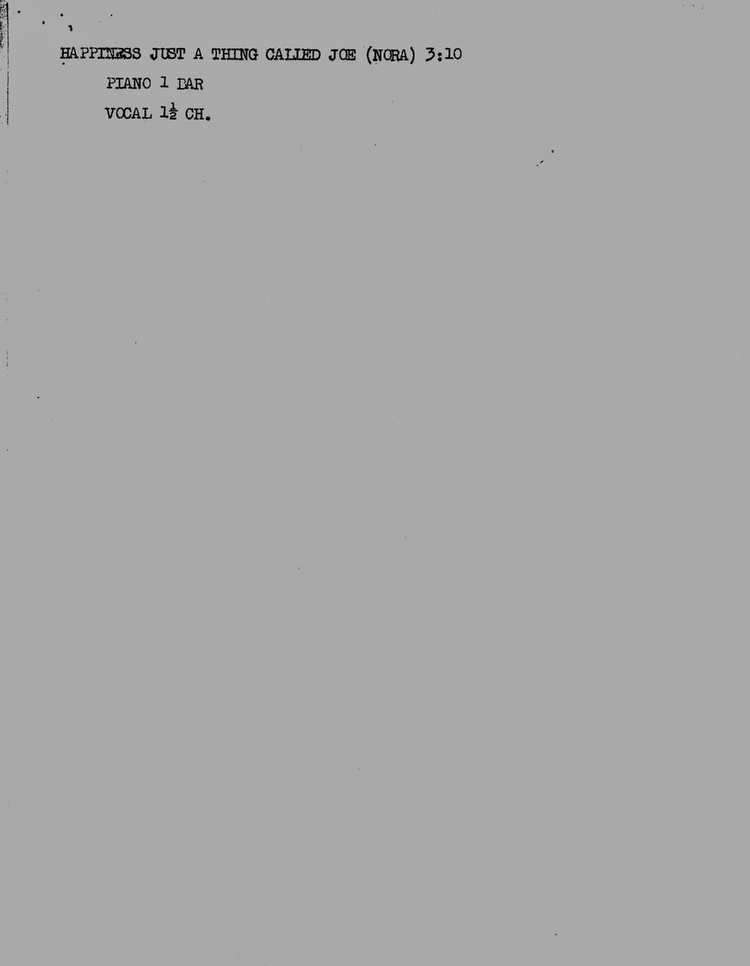 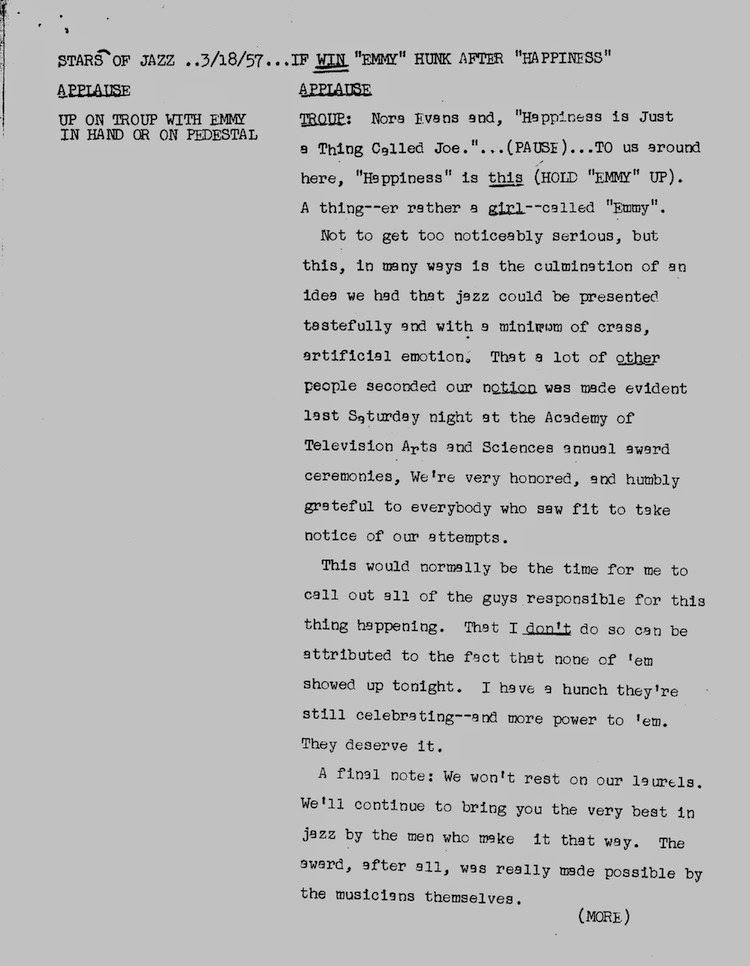 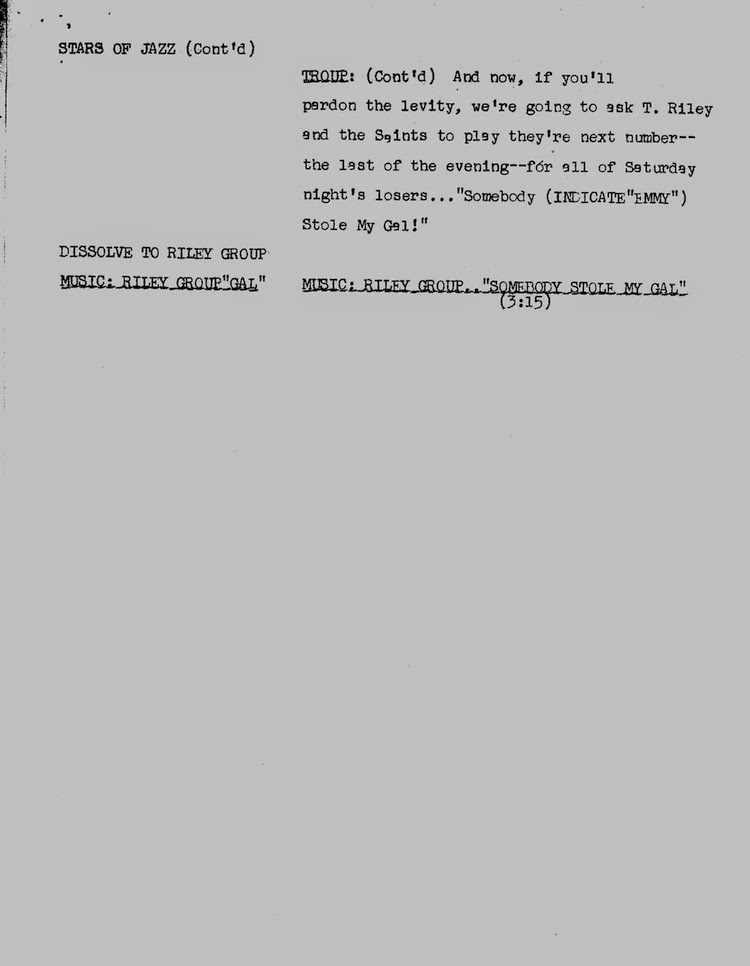 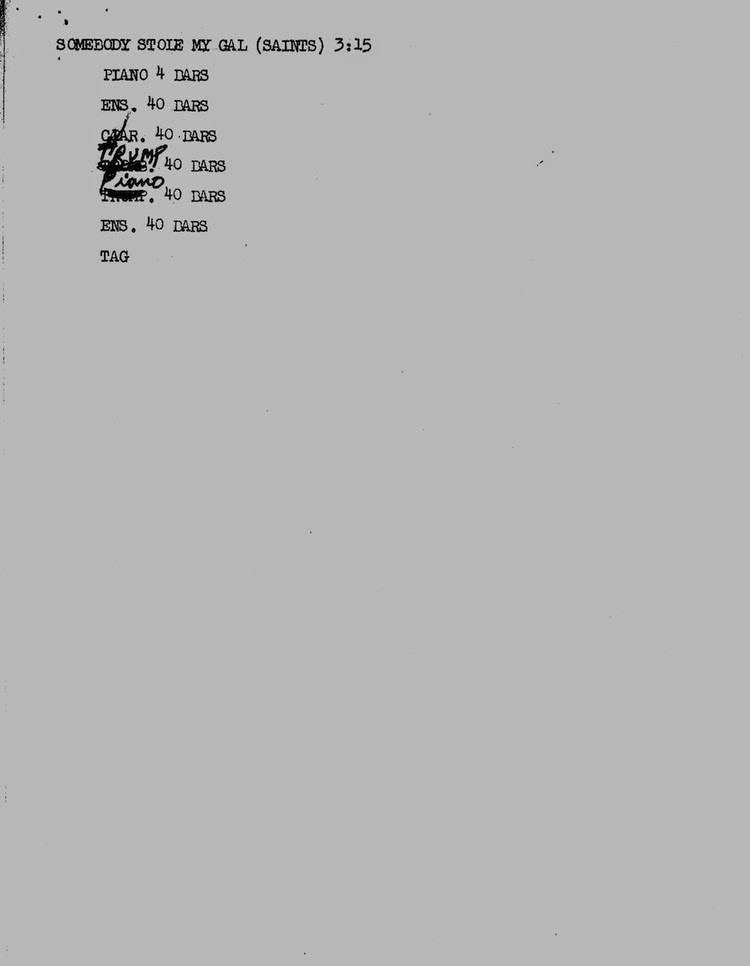 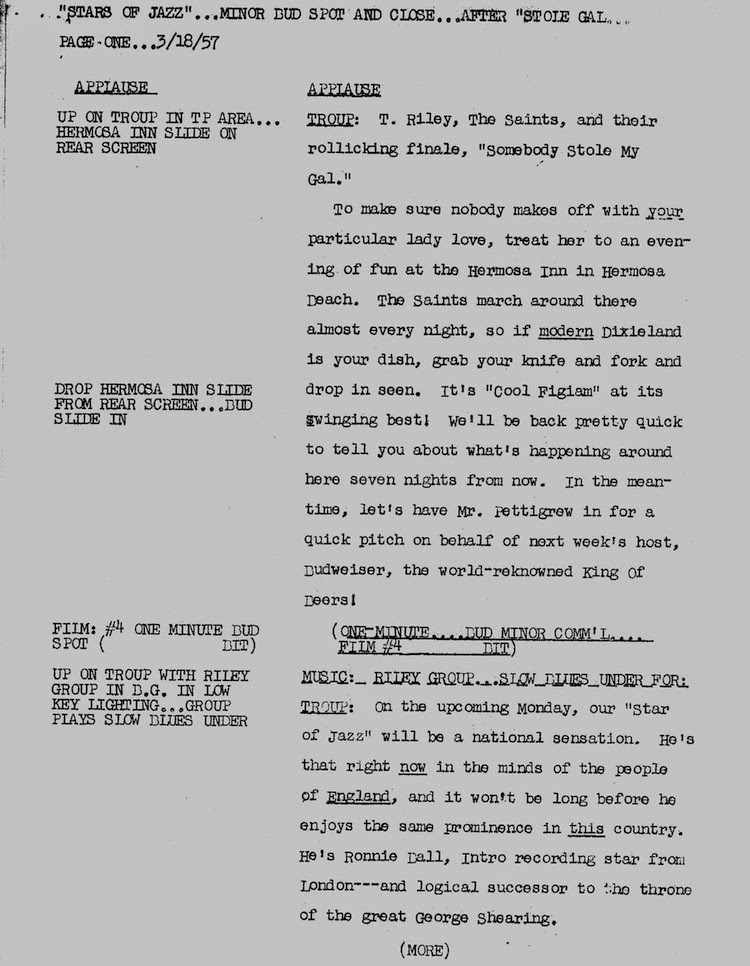 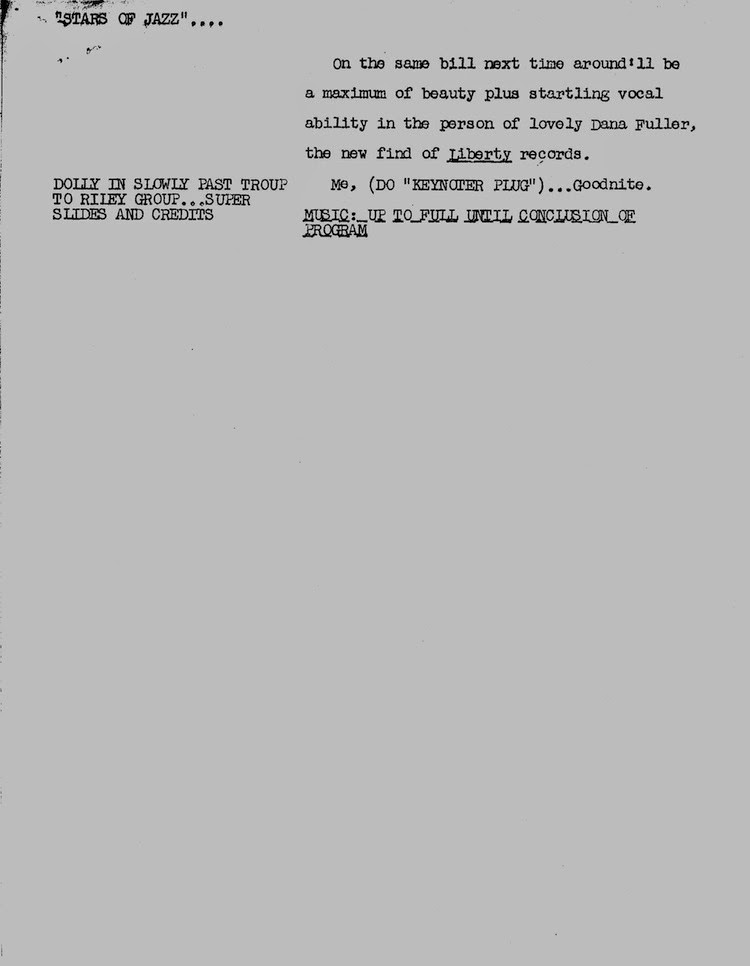 Bobby Troup played regular gigs around Los Angeles while he was MC on Stars of Jazz. The Keynoter was one of his regular haunts.

Posted by James Harrod at 2:57 PM No comments: