Several employees at ABC including producers, writers, and technical staff were jazz fans and had been petitioning the station’s executive in charge of programming, Selig J. Seligman,  to develop and present a show devoted to jazz.  He finally relented and in the spring of 1956 gave Peter Robinson and Jimmie Baker, the producers who would shepherd the show, a green light to proceed.  He told them there was no budget for the show but they could have dead studio time and a bare bones staff, no frills.  They would have to stick to musician scale, write their own material, scrap together their stage sets, and they could produce four shows.


Popular, personable Jimmie Baker was in show business as a tap dancer, at the age of 12.


"And I had my first dance band in high school," he proudly remembers.


Jimmie started his musical career as a drummer. However, he soon gave up being active percussion-wise to front his own bands at the universities of Tulsa, Arkansas and Oklahoma State. Drafted in 1942, he led The Men of the Air throughout the United States and Europe. 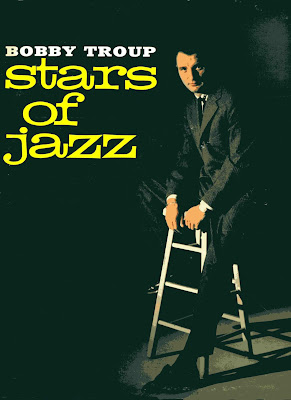 This blog was going to provide details of all one hundred thirty shows that aired from June of 1956 through December of 1958. The research and work required to produce each post on this platform soon convinced me that the best way to document this series would be in a more permanent medium, a published book. My history of Stars of Jazz will be published in March or April from McFarland & Company, Inc. Thank you for viewing this blog over the years and find out the complete story behind the series in my book.